To our eyes, the Cadillac CTS-V Wagon remains one of the best-looking vehicles of its kind ever sold in the United States and a particularly pristine example is currently up for sale.

This 2012 CTS-V Wagon has been owned by the same person since new. It’s finished in Opulent Blue, sits on 19-inch Satin Graphite wheels and has yellow-painted Brembo brake calipers. It also has just 21,000 miles on its odo and is being sold with its window sticker, service records, OnStar diagnostic reports, an owner’s manual, a clean Carfax report, and a clean Tennessee title in the seller’s name. 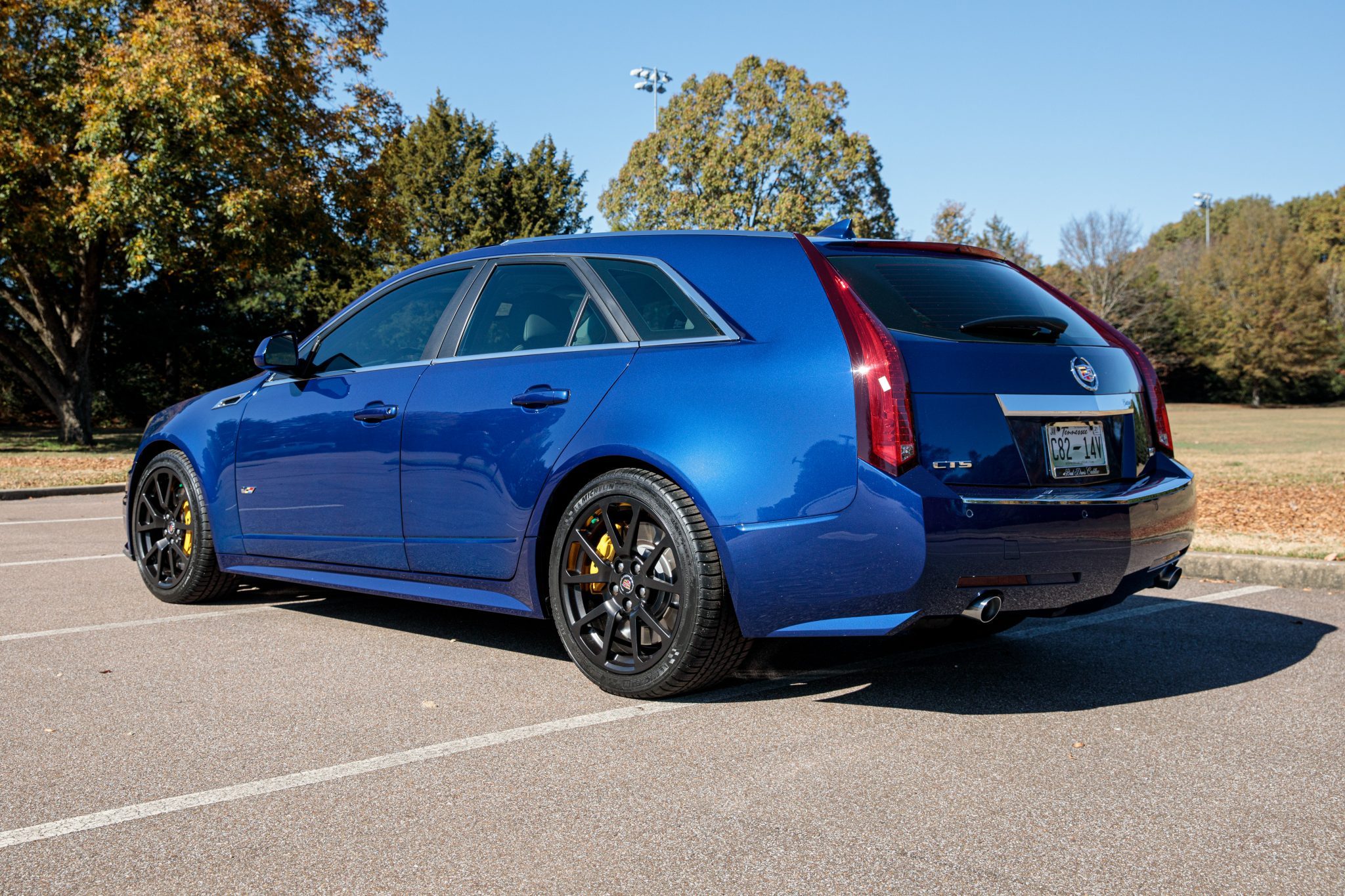 The real highlight of the CTS-V Wagon is its supercharged 6.2-liter LSA V8 that pumps out 556 hp and 551 lb-ft (747 Nm) of torque. The seller has fitted an Airaid cold-air intake and in August 2017, the supercharger was replaced as part of a recall. Coupled to this engine is a six-speed manual transmission driving the rear wheels through a limited-slip differential.

The Bring A Trailer listing reveals this car had a sticker price of $71,735 when new and at the time of writing, bidding had already hit $65,000. 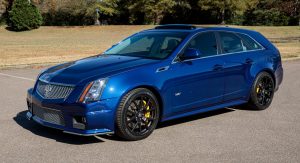 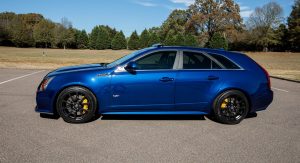 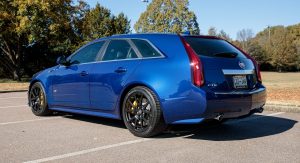 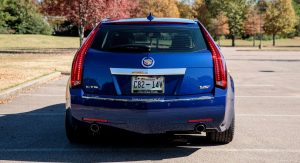 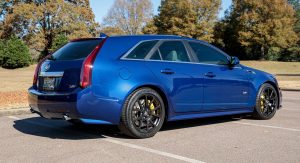 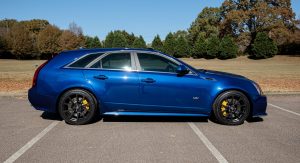 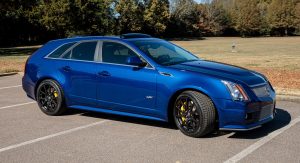 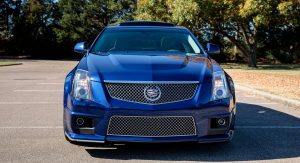 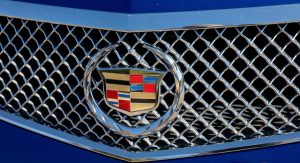 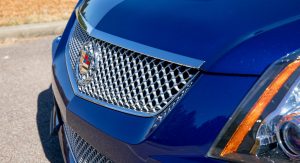 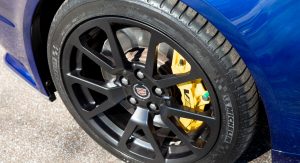 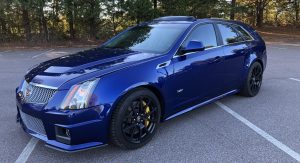 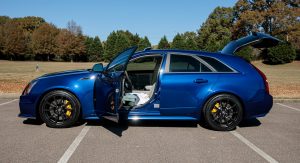 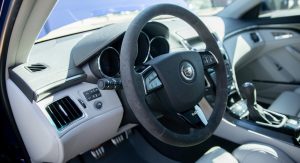 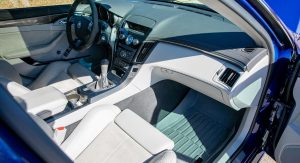 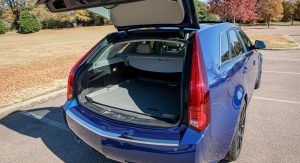 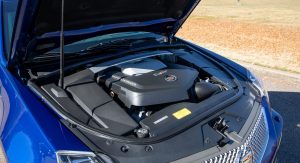 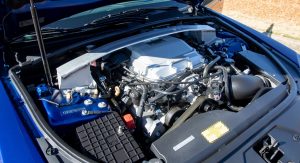 The teaser campaign for the 2022 Chevrolet Bolt EUV continues as the company is giving us a look at the crossover’s front end.

While there isn’t much to see, the model will have distinctive lighting units which combine an LED daytime running light with a sequential front turn signal.

These combination lights are located where the headlights reside on the current Bolt, but previous spy photos have suggested they will be moved to the middle of the fascia. The changes won’t stop there as the Bolt EUV will feature a crossover-inspired beltline, a slightly flatter roof and a thick C-pillar.  The model will have a unique rear end with an angular window and new taillights.

The interior was teased last month and it features higher quality materials, an improved design and a more traditional center stack than the standard Bolt. Details are still limited, but we can also expect a digital instrument cluster and a new infotainment system.

Many of these features will likely carryover to the facelifted Bolt, but Chevrolet has already confirmed the Bolt EUV will be their first electric vehicle to offer the Super Cruise semi-autonomous driving system.

The biggest unknown remains the powertrain, but it could carryover from the current Bolt. If that’s the case, we can expect a 66 kWh battery pack and an electric motor that develops 200 hp (150 kW / 203 PS). This enables the Bolt to travel up to 259 miles (417 km) on a single charge, but the Bolt EUV will likely sacrifice some range in the name of styling and practicality.

The 2022 Bolt EUV will go into production next summer and the model could be unveiled at CES next month. That remains unconfirmed, but GM CEO Mary Barra is giving a keynote address on January 12th and the company used CES 2016 to unveil the original Bolt.

In New York City resides the sole Tesla Model 3 taxi. YouTuber Sam Sheffer recently had the opportunity to check it out in person, while also going for a ride in it.

There are all kinds of yellow cabs that operate throughout the city that never sleeps, the most famous of which is the iconic Ford Crown Victoria. However, a taxi driver by the name of Rami wanted something a little different.

Rami’s Model 3 operates just like any other taxicab in New York City and offers flat fares for many popular routes. This being a Tesla, we’ve got no doubt that going for a ride in it is a different experience from most other taxis, most notably due to the fact that its electric powertrain means it is much quieter and more pleasant to sit in.

The driver told Sheffer that he likes to keep the car’s various exterior cameras running on the infotainment screen so he can monitor what is going on around him at all times.

One of the inconveniences of using an electric taxi is charging. According to Rami, he typically spends an hour charging up the Model 3, which is enough to give him 240 miles (386 km) of range. However, he suggests the cold weather of New York City reduces the car’s range to 80 miles (129 km), which sounds very low. 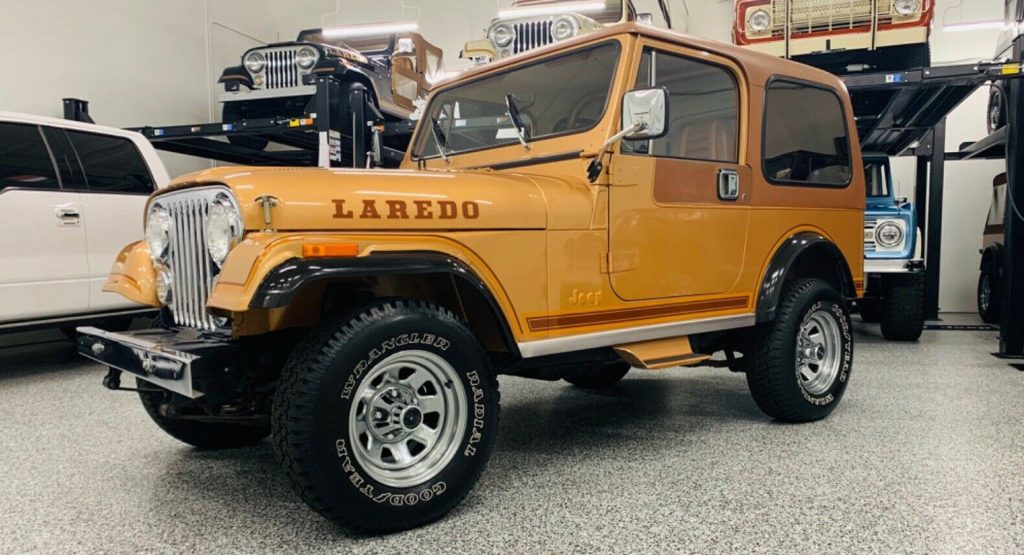 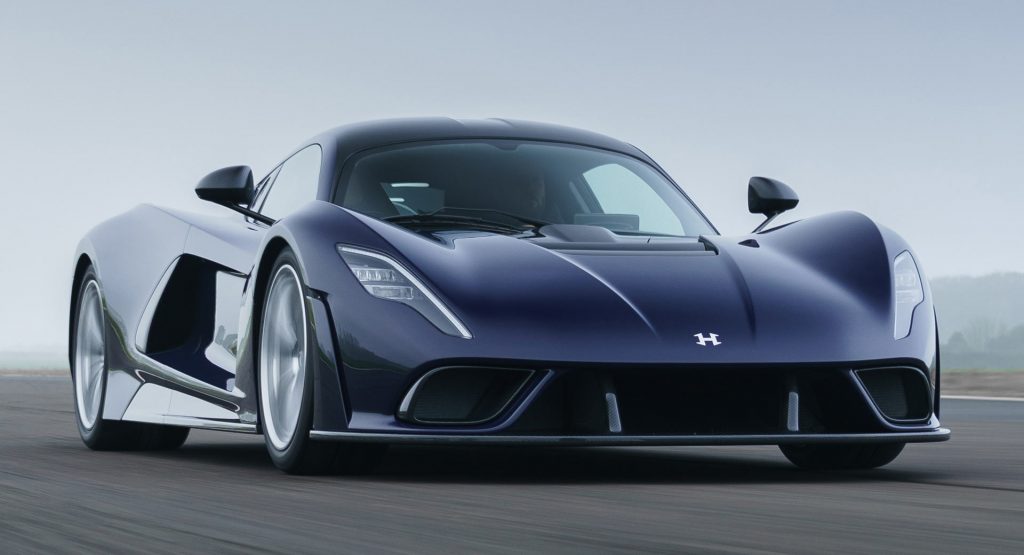