Looking through AMG’s history, there are many notable cars which are favorites among enthusiasts. Cars such as the E63, C63, and SLS were able to cement their legacy by being able to deliver whatever driving experience you wanted, whether that was luxurious and refined, or powerful and raw. Their ability to do both was what allowed the cars of AMG to become so popular.

One car often overlooked in the world of AMGs, however, is the E55 from the W210 era. When talking about AMGs, and especially the E-Class variants, the W210 is often left out. Here’s why it deserves your attention.

Debuting in the 1996 model year, with the AMG variant first arriving in 1998, the W210 was a huge departure from the W124 that preceded it. Gone were its hard edges and boxy profile, with Mercedes going for an all new design language with more curves, a sloping roof, and the famous quad headlights. The E55 AMG came with a modified version of the M113 V8 making 349 horsepower and 391 pound-feet of torque, and did the sprint from 0-60 miles per hour in 4.9 seconds. While that might not sound like much by today’s standards, in its time, this 5.4-liter engine was known to be a real powerhouse and allowed the E55 AMG to be a true world-beater, being able to hold its own against the Porsches and Ferraris of its day.

Read: Mercedes-Benz E-Class History From 1926 To 2020: The Tale Of The Essential Executive Car 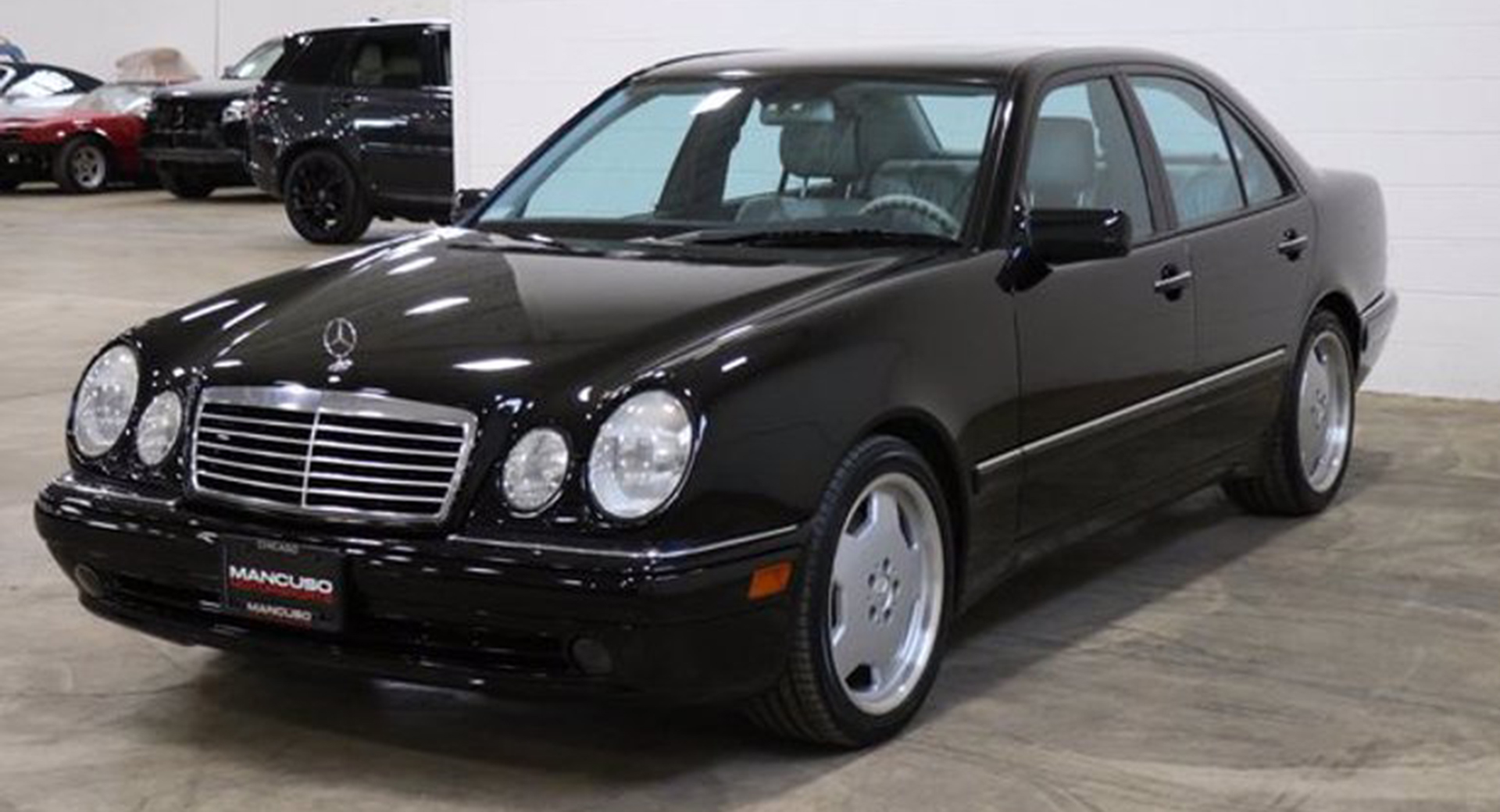 Why it’s so special

The W210 E55 AMG is arguably the perfect blend of new and old Mercedes and AMG. It is a well-built, dependable car that is considered by many to be one of the last true old school Mercedes, where they were built to be the best that they could be and the price was sorted out later. It has the high-quality look and feel for which Mercedes was known throughout the 80s and 90s. In terms of the styling, it has that classic Mercedes presence — very clean, subdued styling with nice flowing lines and good proportions. There are no aero bits, huge intakes, blackout trim, or colorful brake calipers, just well-thought-out, purposeful design inside and out. The boldest thing on the whole car is the wheels, which sport the iconic monoblock design and fit the overall styling of the car very nicely. The design has aged very well, and most people who see it usually assume it’s a few years newer than it actually is.

In terms of day-to-day use, the E55 has just enough technology to enhance the driving experience, but not so much that it’s overcomplicated. There’s no torque vectoring, active body control, or seat bolsters that inflate when you’re going into a corner. There’s just a simple, fast car that delivers all the performance you could want, and does so with great composure and elegance. It has all the bells and whistles one could ever need, with none of the gimmicks that can hurt reliability in the long run.

See Also: What’s A Mercedes-Benz E63 AMG Wagon Like As A Daily Driver? 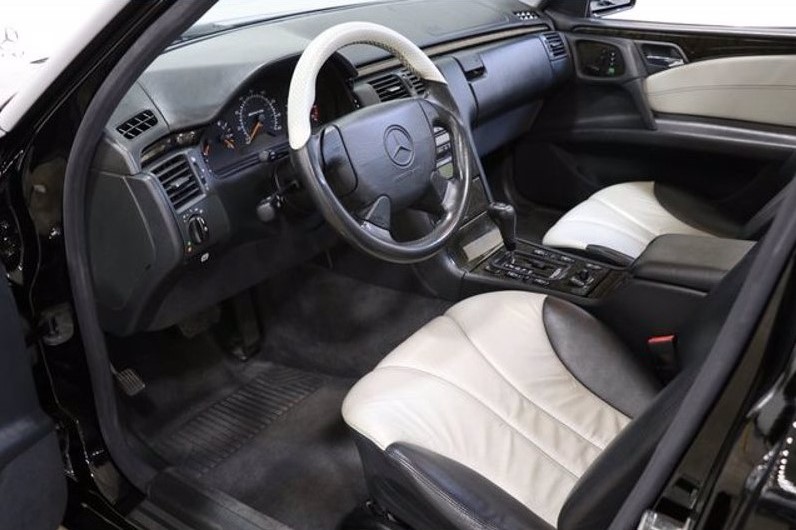 As far as performance is concerned, the E55 AMG is understated yet powerful. It could easily compete with the best sports cars of its day, but you would never think it was capable of doing so because of its reserved appearance. Composed and comfortable when you want it to be, but wild when you push it, the E55 is the best of both worlds. Operation around town is effortless and gear changes are smooth, but put your foot down, blink, and you’re already doing speeds well above the legal limit of most roads, your ears treated to the lovely soundtrack of the naturally aspirated V8. 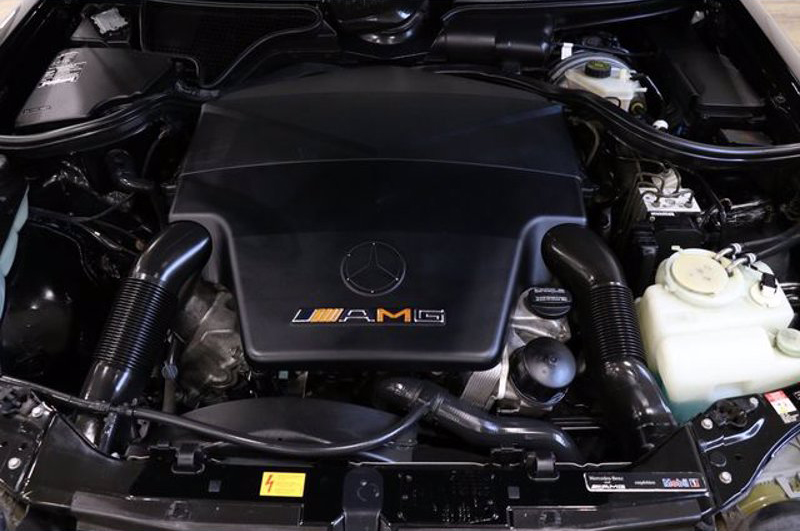 A true AMG you can afford

Adding to its specialness is the fact that the W210 E55 was the last AMG car built entirely in AMG’s plant in Affalterbach. Contrary to its successors, which only had their engines built there, the E55 was delivered by Mercedes to Affalterbach as a shell; then everything, from the body, to the suspension and drivetrain, to the hand-built 5.4-liter V8, were assembled on-site, giving the car a certain sense of exclusivity that later models just couldn’t claim. 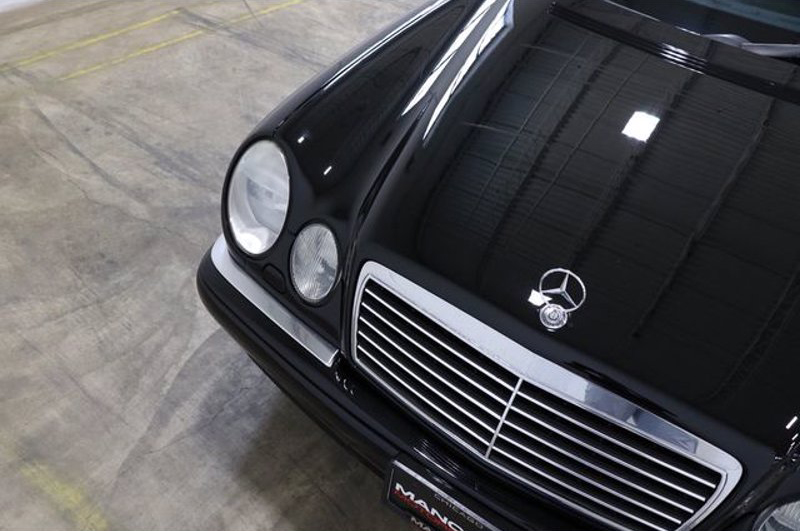 These cars are getting rarer by the day, mostly due to limited production runs and owner neglect. Most people never really thought they would be as special as they are, so even those who cared for their E55 didn’t usually preserve them. The good news is that they’re on the cheaper end now compared to other AMGs, with prices for very nice examples under $20,000, and average ones below $10,000 – but that might not last for long. So if you’re looking for a used car with the performance and amenities of a modern AMG and that old school Mercedes character and charm, the W210 E55 might just be the one for you. 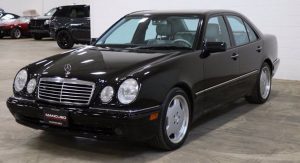 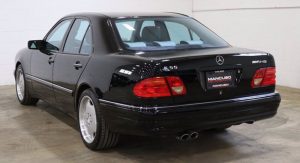 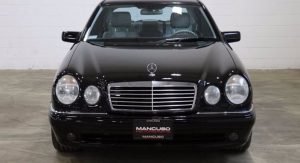 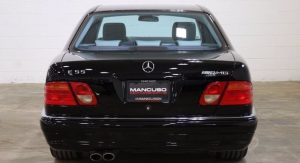 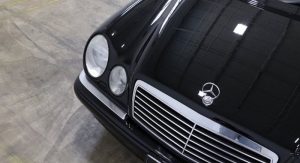 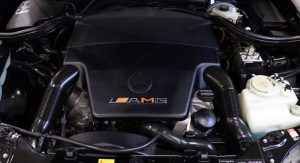 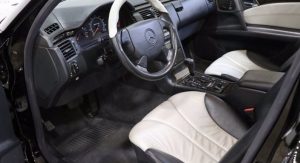 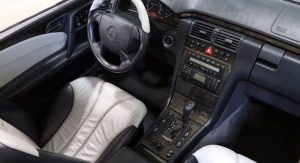 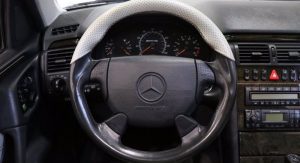 The latest-generation Hyundai Tucson is a significant departure from the previous model and customer deliveries have kicked off in select markets. So, what is it like to live with?

This clip by YouTuber Asian Petrolhead shows the reviewer driving a new Tucson with its owner in the passenger seat. The two talk in-depth about what it is like to live with. Unsurprisingly, it seems as though Hyundai has ticked all the major boxers it needed to when creating the new SUV.

While the radical exterior styling is the first aspect of the new Tucson that catches the eye, the interior has undergone just as many alterations. One of the most significant changes made is the fitment of an all-digital instrument cluster. The interesting thing about this cluster is that it doesn’t feature a shroud like pretty much every other car on the market and just has a widescreen display mounted to the dash. It looks very interesting and despite concerns that the lack of a shroud could result in quite a lot of glare, the owner confirms that’s not the case.

The 2022 Hyundai Tucson heading to the United States will be offered with a naturally aspirated 2.5-liter Smartstream engine producing 187 hp and 178 lb-ft of torque. A hybrid variant with a 177 hp 1.6-liter turbocharged engine and an electric motor delivering 59 hp is also available, as is a plug-in hybrid, although specifications about this powertrain haven’t been made public yet.

Boat people like to say that there are two good days of boat ownership. The day you buy it and the day you sell it. The owner of this shark-nosed 1985 BMW 635 CSi apparently took that advice to heart, storing it for almost the entirety of their time with it.

Read: The Swiss Dealer Who Mysteriously Hoarded Over 110 Brand New Cars For Decades 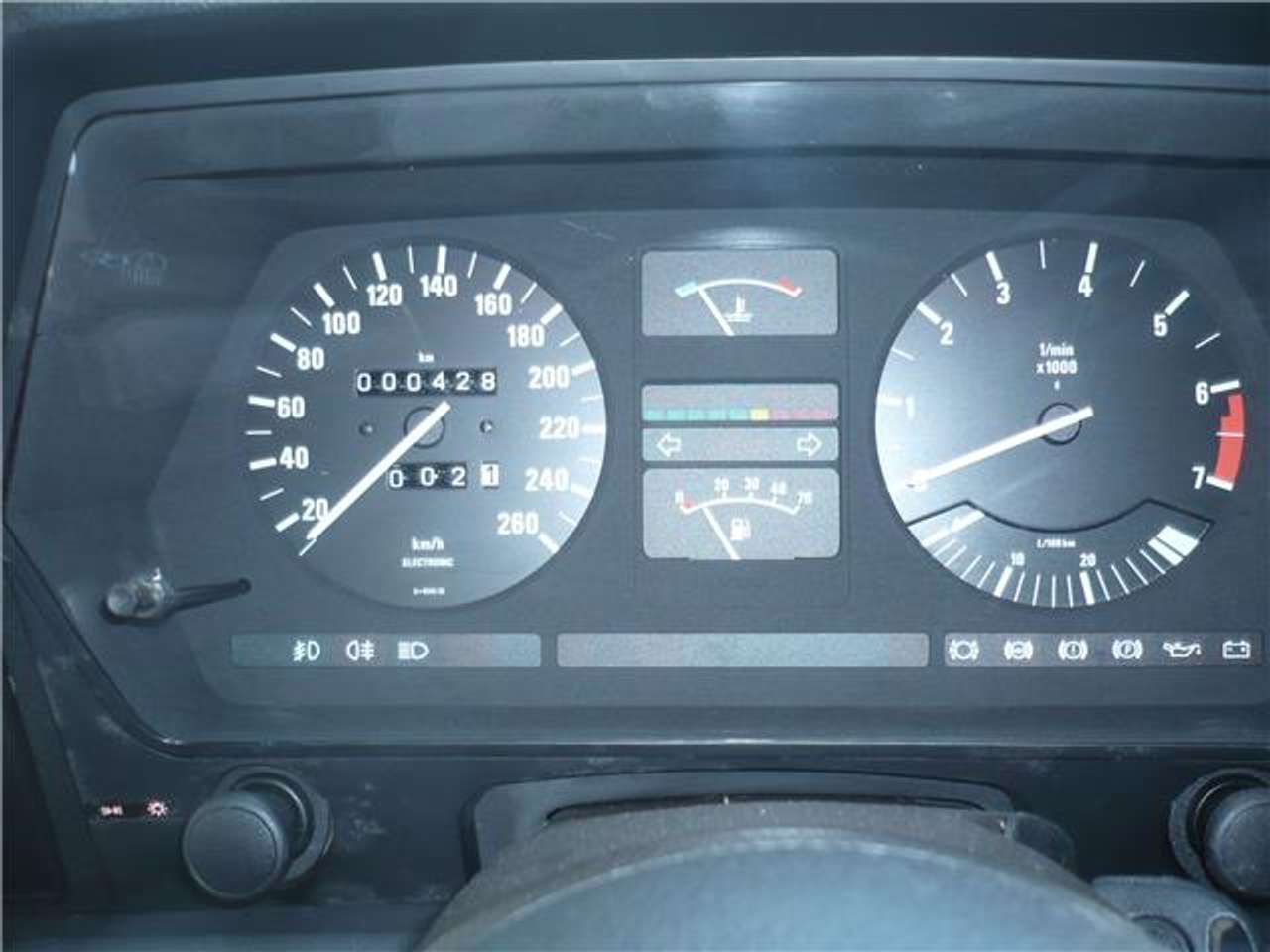 Unsurprisingly, that means that this 635 CSi is accident-free. It also features power windows, an on-board computer, alloy wheels, power steering, and ABS. Not bad for a car from 1985.

This car features a 5-speed manual transmission and a 3.4L inline 6 making 215 hp and 225 lb-ft of torque. All of which meant that, in era, journalists called the 635 CSi “a return to the enjoyable, sporting high performance BMWs of old.”

Hemmings, meanwhile, in its buyers guide for the car today says the car “in the right hands […] represents a high-water mark for BMW.” 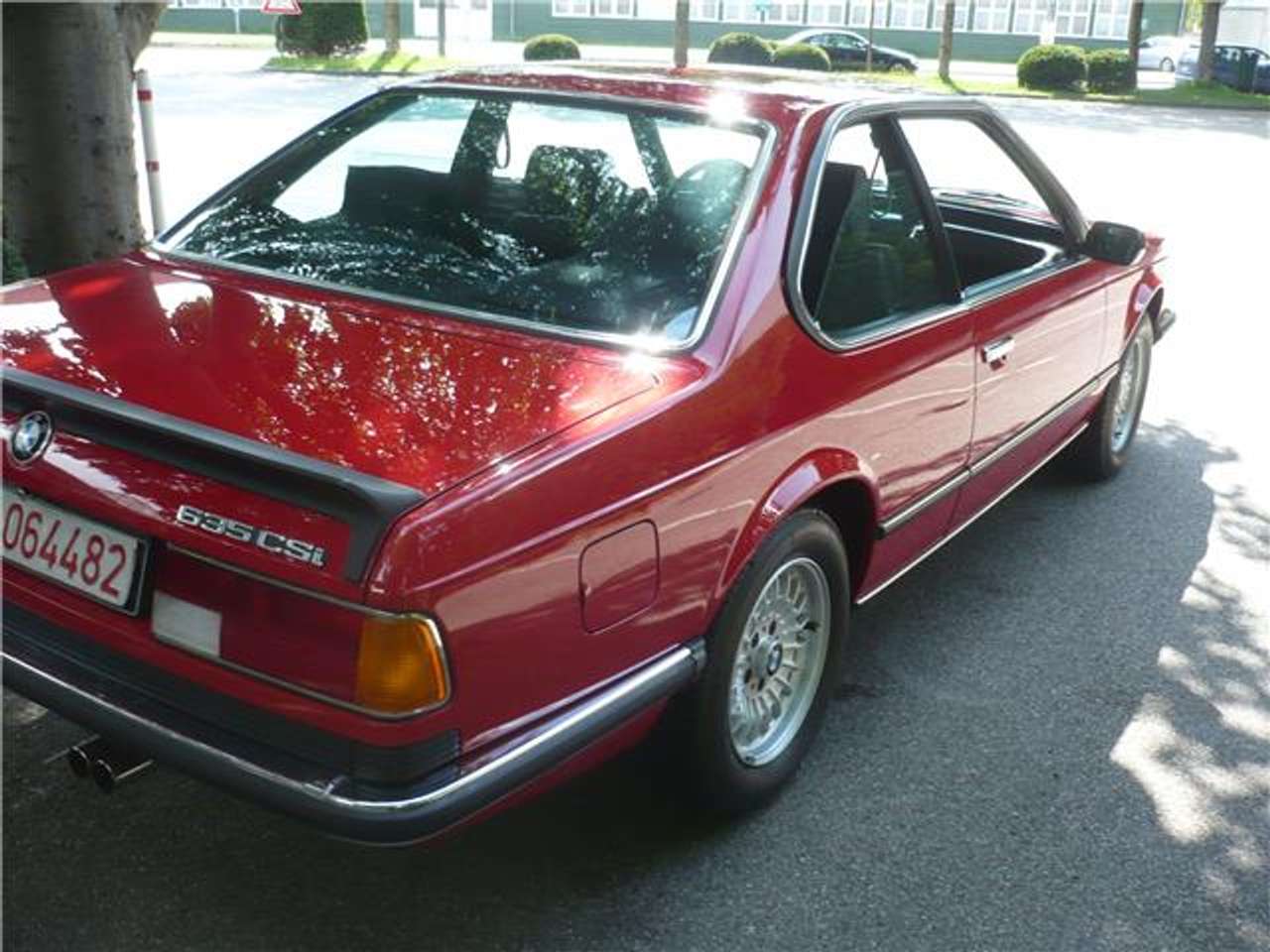 The only problem, they report, is that so many have been in the wrong hands. What, therefore, could be better, than a car that has been in almost no hands? Although mothballed for the last 35 years, the seller reports that this 635 CSi is “absolutely without any problems.” 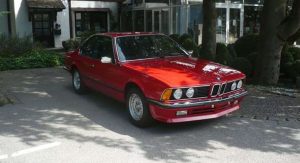 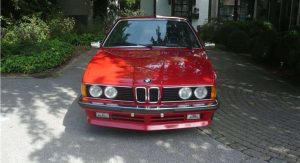 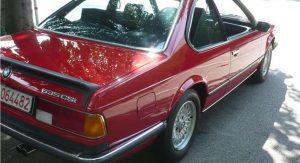 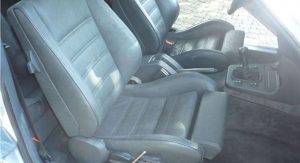 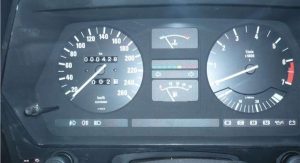 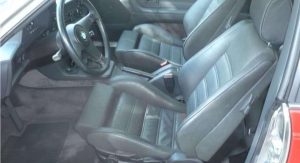 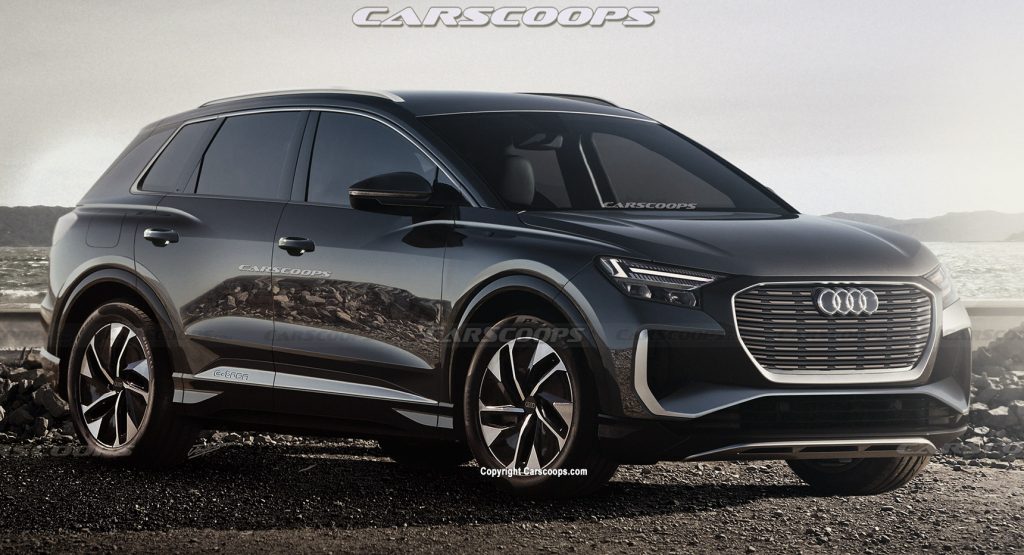 2022 Audi Q4 E-tron: Design, Performance & Everything Else We Know About The Electrified Compact SUV 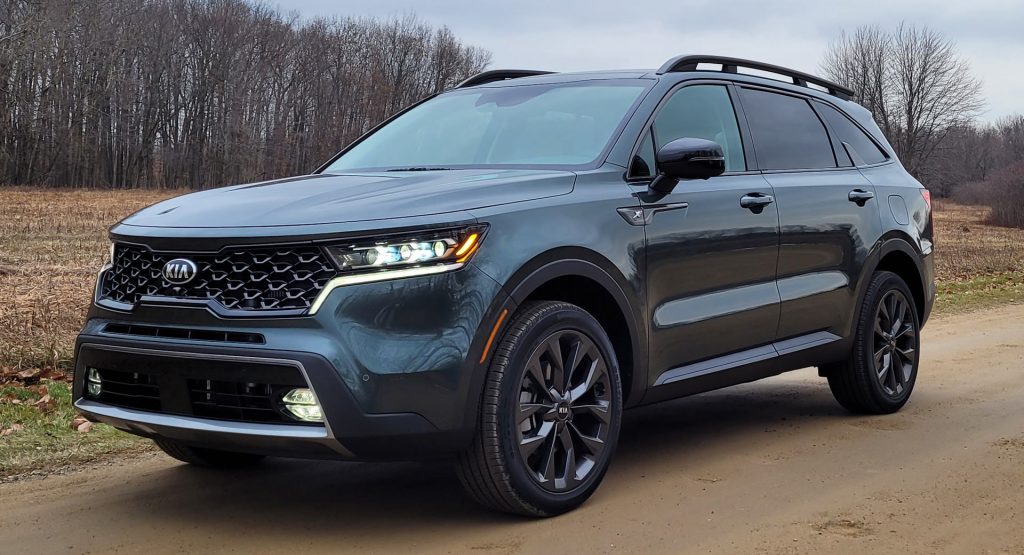 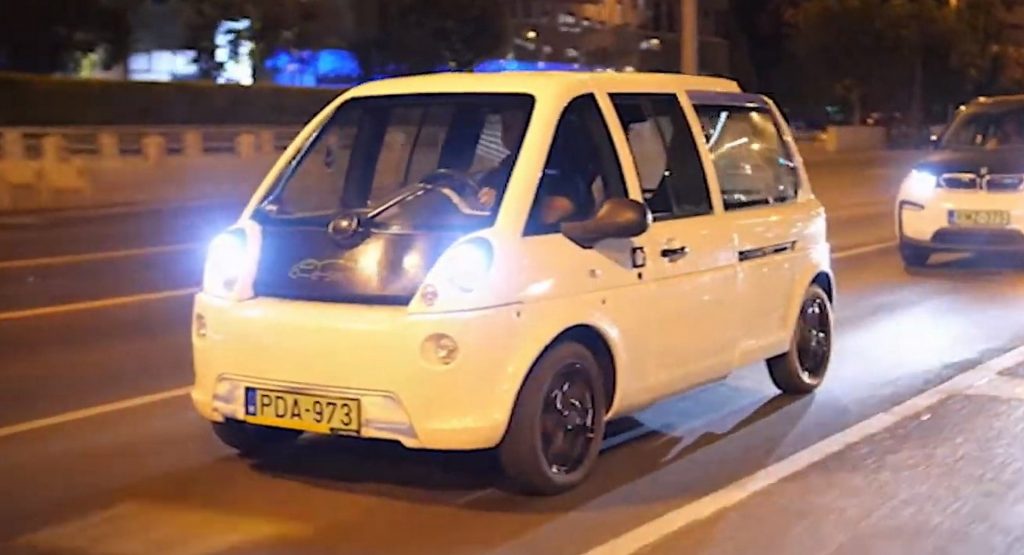 No Longer MIA: Fox E-Mobility Aims To Produce Its MIA 2.0 Electric Van By 2023