Replaced by the S-Class Coupe in 2014, the Mercedes-Benz CL was the most luxurious two-door model in the brand’s range, and this one has been slightly revised with some aftermarket parts.

One of the most noticeable things of the entire build are the rims. Signed by Cor.Speed and installed by TR Exclusive, the 10-spoke alloys measure 9×21 inches up front and 10.5×21 inches at the rear. they have a gunmetal matte finish and are shod in 255/30 front and 295/25 rear tires.

Watch Also: A 603HP Mercedes CL65 AMG For The Price Of A Mustang? Your Service Guy Will Be So Happy! 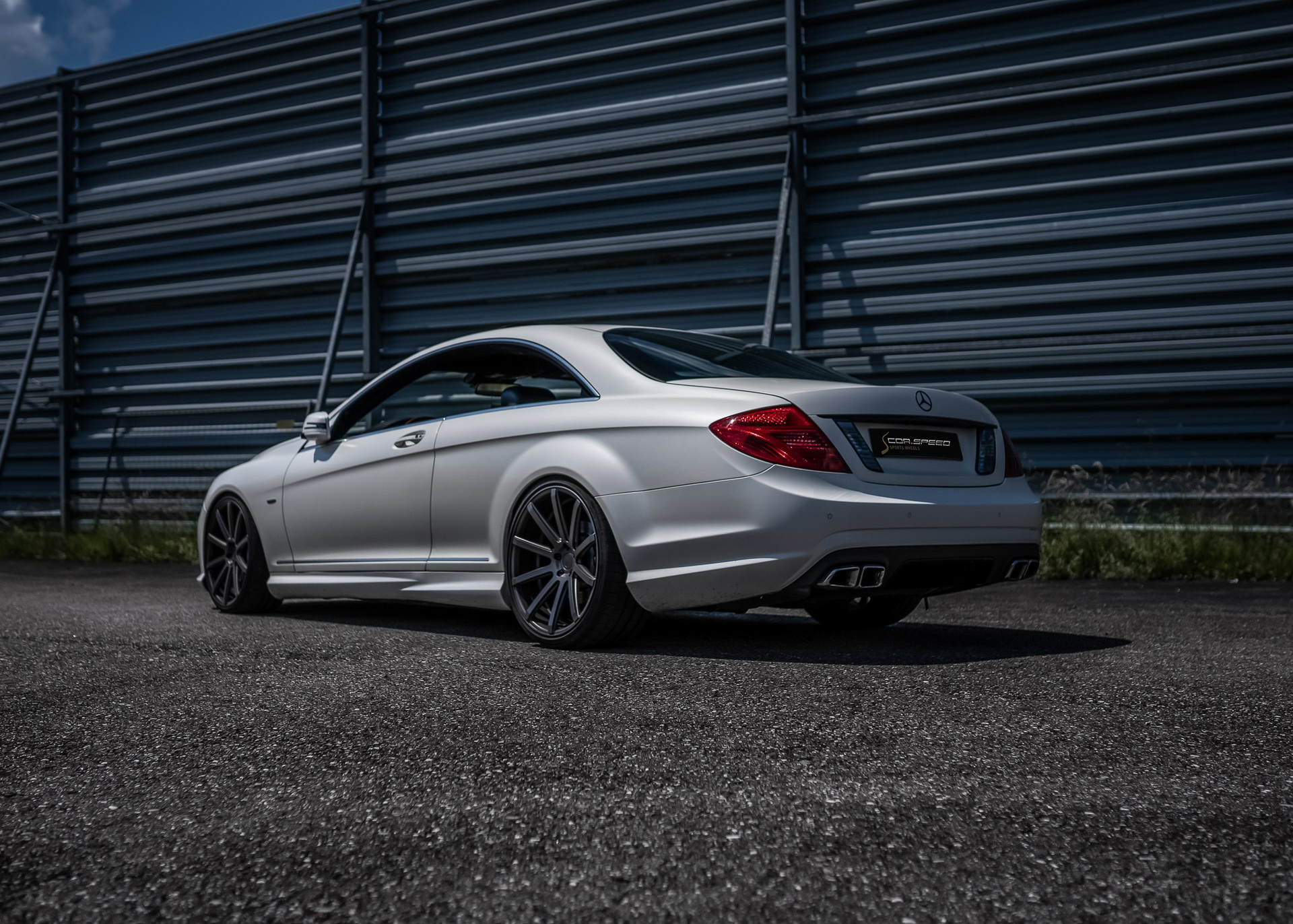 Bringing the car closer to the tarmac is a lowering module from Cete Automotive, whereas the final upgrade is a sports exhaust system from TR Exclusive. According to Cor.Speed, the part makes the engine sound “more distinctive”, and has likely added a few extra horses to the luxury coupe’s V8. From 2006 to 2011, this used to be a 5.5-liter V8 with 383 HP (388 PS / 285 kW), whereas the facelifted model, which was launched in 2011, had a new 4.7-liter unit with 429 HP (435 PS).

Equipped with a seven-speed automatic transmission, the facelifted CL 500, which seems to be the model depicted here, did the 0 to 62 mph (0-100 km/h) sprint in a 4.8 seconds, and could hit a maximum speed of 155 mph (250 km/h). The 4Matic all-wheel drive model was equally quick and had an identical top speed. 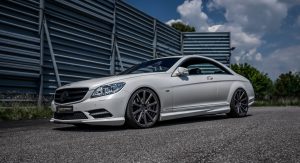 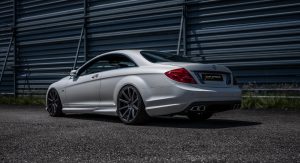 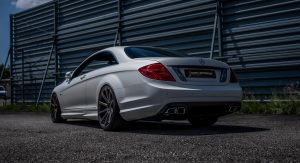 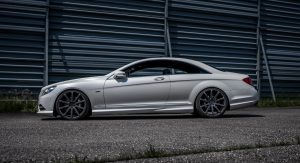 The iconic Volkswagen Beetle can trace its roots back to the pre-World War II days, but it was not until 1945, when hostilities ceased, that the model entered full production.

With Germany under Allied control and the British Military Government grabbing the reins of the Wolfsburg facility, it was the strategic vision of Major Ivan Hirst that transformed the factory from an armament maker into a car production site.

‘Type 1’, which was the internal designation of the Beetle, entered full production on December 27, 1945, one month after the Works Council, which was elected in a democratic ballot, held its first meeting, and four months after they received an order for 20,000 vehicles from the British Military Government.

See Also: James May Says Every Car Enthusiast Should Drive A VW Beetle 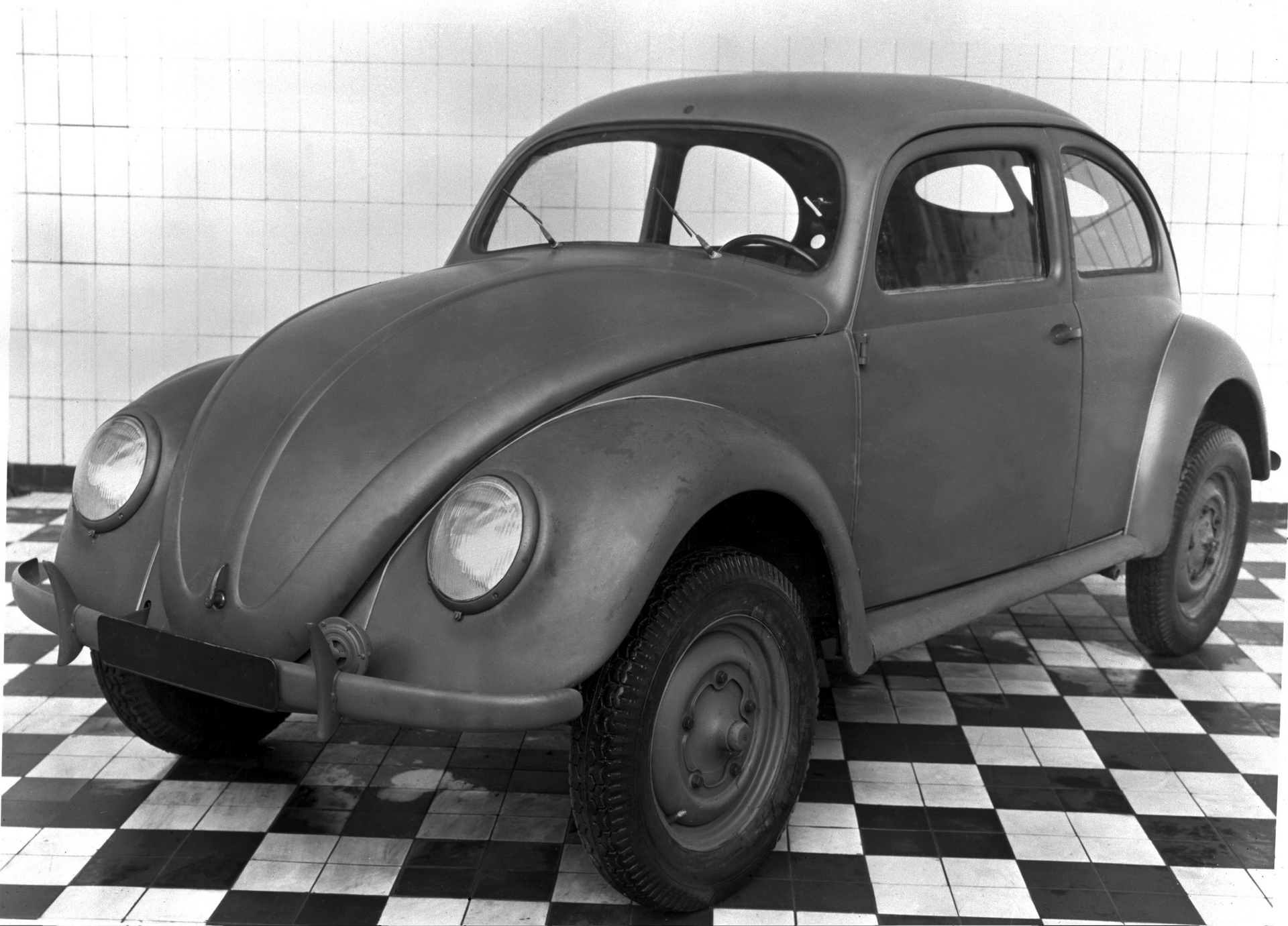 The production start of the Beetle was seen as the dawn of a new era, one filled with hope in the times that followed the war. However, the first step was a rather small one, considering that they encountered problems not only with raw materials, but also with supplying the workforce with food and living spaces.

By the end of 1945, 55 units were produced, and in the following year, around 1,000 cars were made each month, as increasing the production was not possible due to the lack of personnel and material shortages. Over the next years, the trustees managed to further expand the business, by setting up a sales and after-sales service system, and subsequently, they began exporting the car in 1947.

From here on, the Beetle became the motoring icon that everyone knows, a record-breaker in terms of production duration and volume, with 21,529,464 examples put together until 2019, when the assembly ended altogether. 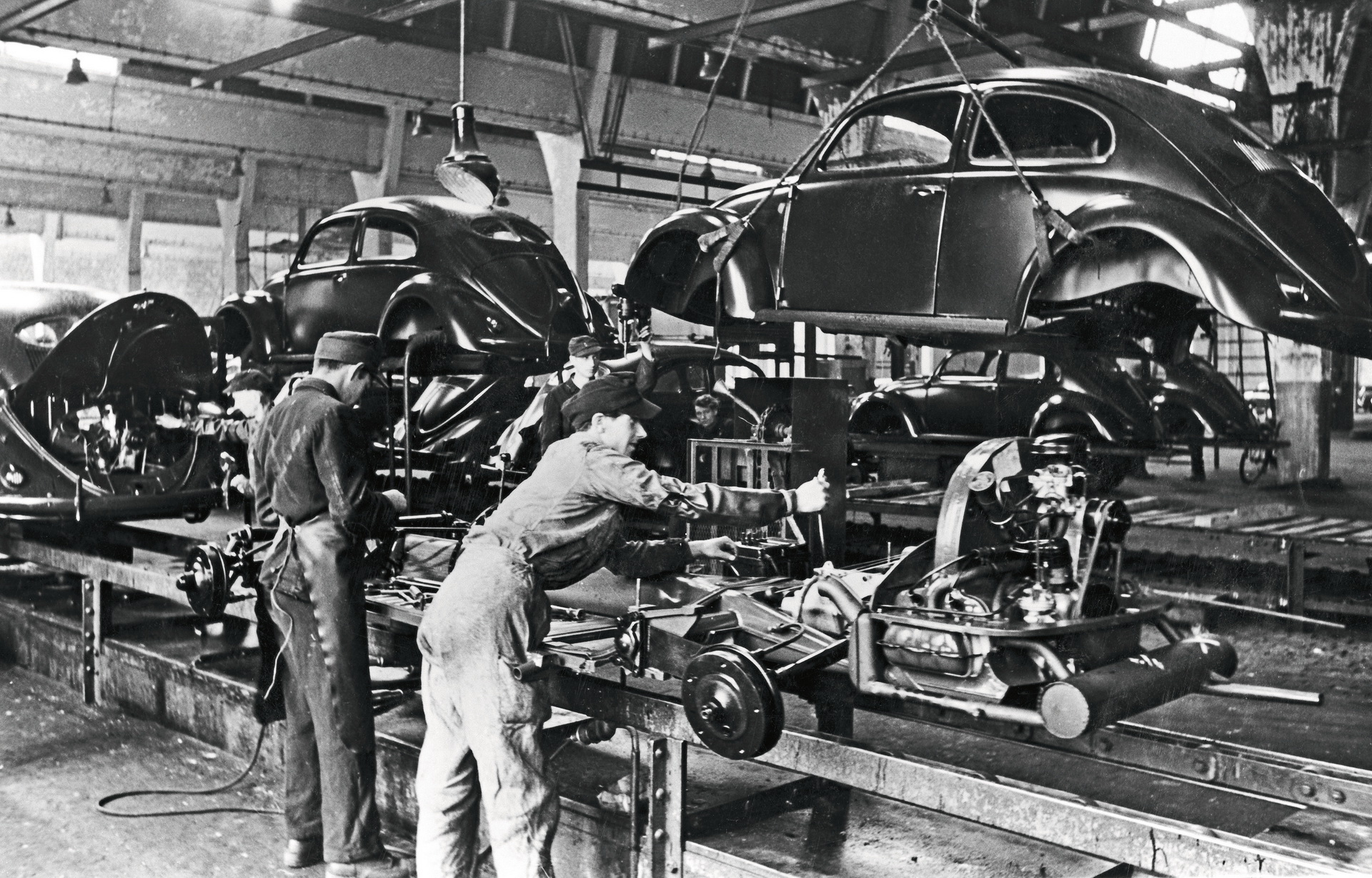 Although it is today mostly known as a Volkswagen subsidiary, the Czech Republic’s Skoda is one of the oldest operating automakers in the world. And it all started a few days before Christmas when two Vaclavs decided to make some bicycles.

The “simply clever” brand was founded on December 21, 1895 by Vaclav Laurin and Vaclav Klement. Laurin was a mechanic and Klement was a bookseller, and both had a passion for cycling.

The plan was to offer a high quality bicycle at a reasonable price and together produced bicycles powered by feet or hands, in the early days. If you’re bicycle nerd, you might be more familiar with the SLAVIA brand under which they sold their first bikes.

Read Also: Skoda’s Illuminating Seatbelts Might Soon Be A Thing

By 1899, they had moved on to motorcycles. Their first, the SLAVIA A and B models, had engines installed lower in the frame than the competition to improve stability. In fact, their low engine placement became the international standard and helped the company into a period of rapid growth.

With that success, they went racing and would win a number of important races, including a 1905 Dourdan, near Paris. It was considered the unofficial motorcycle world championship and led to great acclaim for the Czech brand. 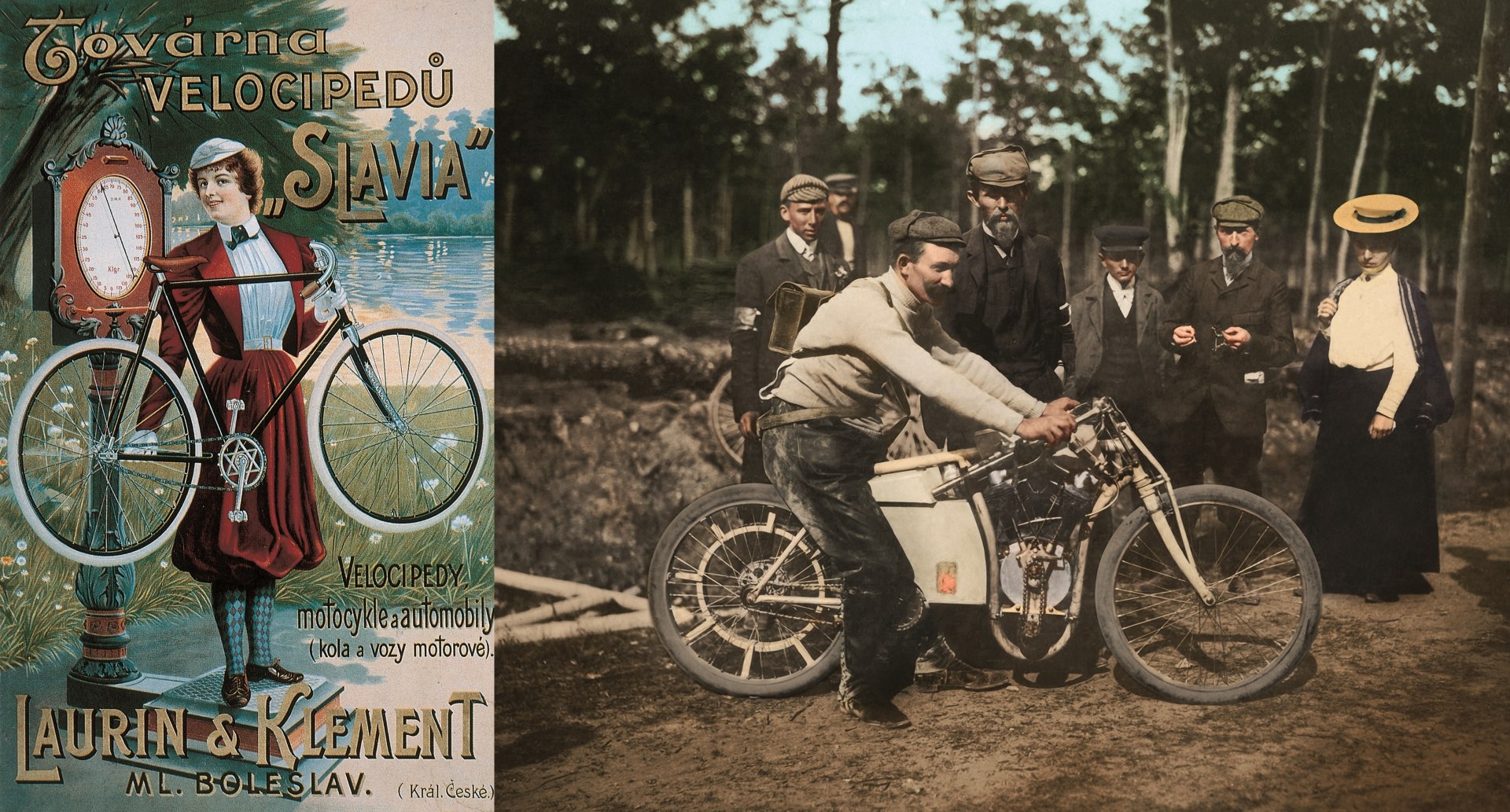 It would turn out to be a big year for them, as 1905 is also the year the company produced its first automobile. The Laurin & Klement Voiturette A was light and maneuverable and was powered by a 1.0-liter two-cylinder engine. It helped the car travel at speeds of up to 40 km/h (25 mph).

Only a year later, Laurin & Klement were offering a range of two- and four-cylinder engine powered cars. In 1907, L&K produced its first 8-cylinder, the Type FF. By this time, it had become the biggest manufacturer in the Austro-Hungarian empire, which ought to give you a sense of just how old the company really is.

The name Skoda came in 1925, when L&K partnered with Pilsen’s Skoda, an engineering group. Together, they formed SKODA AUTO and it was only at this point that the company’s factory switched over to assembly-line manufacturing.

That meant that Skoda could produce the Popular, the Rapid, the Favorit, and the Superb. That allowed it to grow into the biggest Czech manufacturer by 1936 – which doesn’t sound like a huge accomplishment today, but when you consider that the Czech auto industry was big enough for Germans to steal one of its designs and make it into the Volkswagen, it becomes a bigger deal.

After the war, Skoda was nationalized. Under Soviet rule, it produced the Octavia and Felicia and production continued to grow. By 1975, its success in rallying earned it the nickname the Porsche of the East. 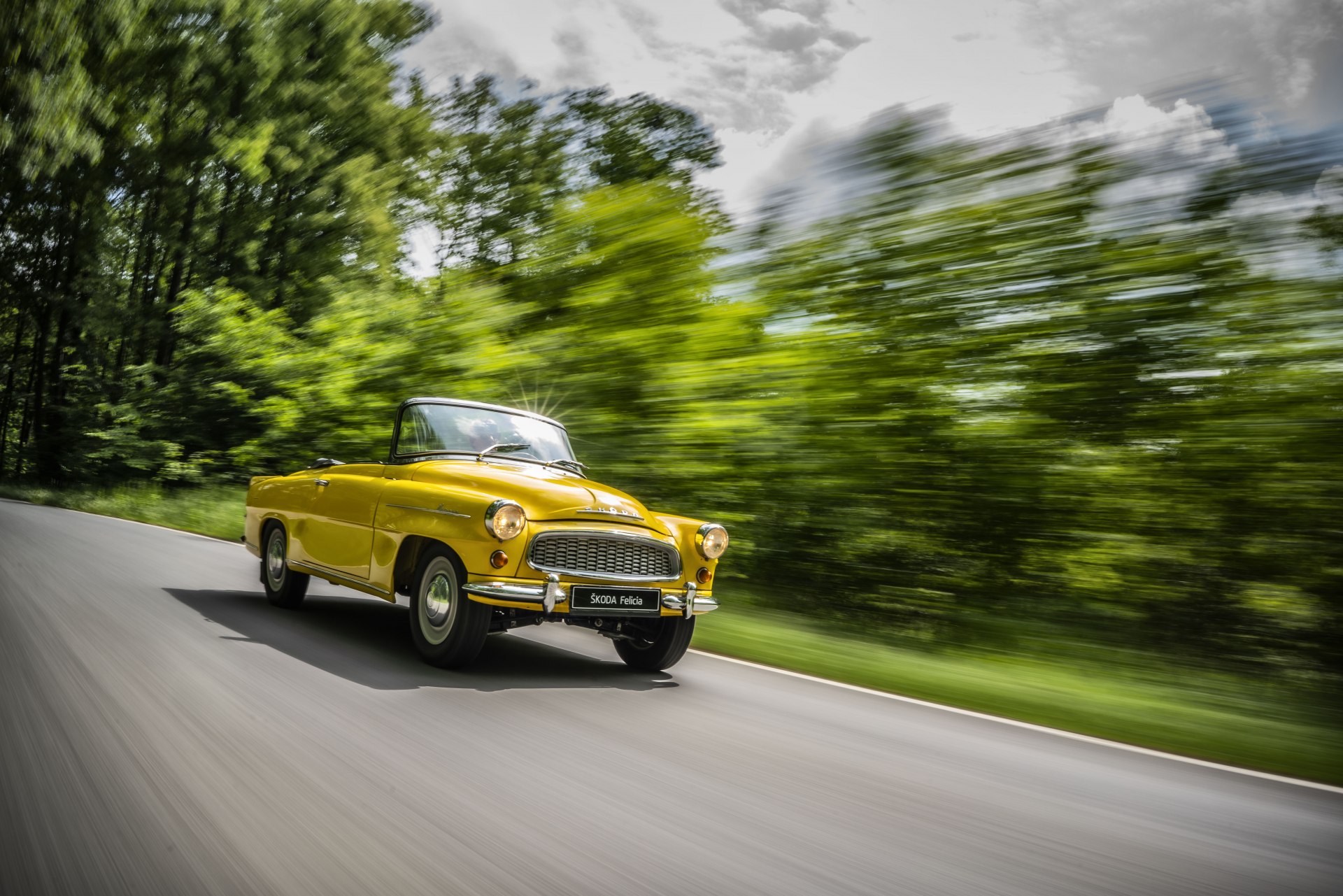 By 1991, the Berlin Wall had fallen and the growing Volkswagen set its eyes on Skoda, making the fourth brand in its empire. The purchase meant more money and improved quality, but less engineering independence.

Today, the brand sells in more than 100 markets worldwide and aims to make its cars simply clever with fun accessories, like a headrest to help passengers sleep more comfortably. 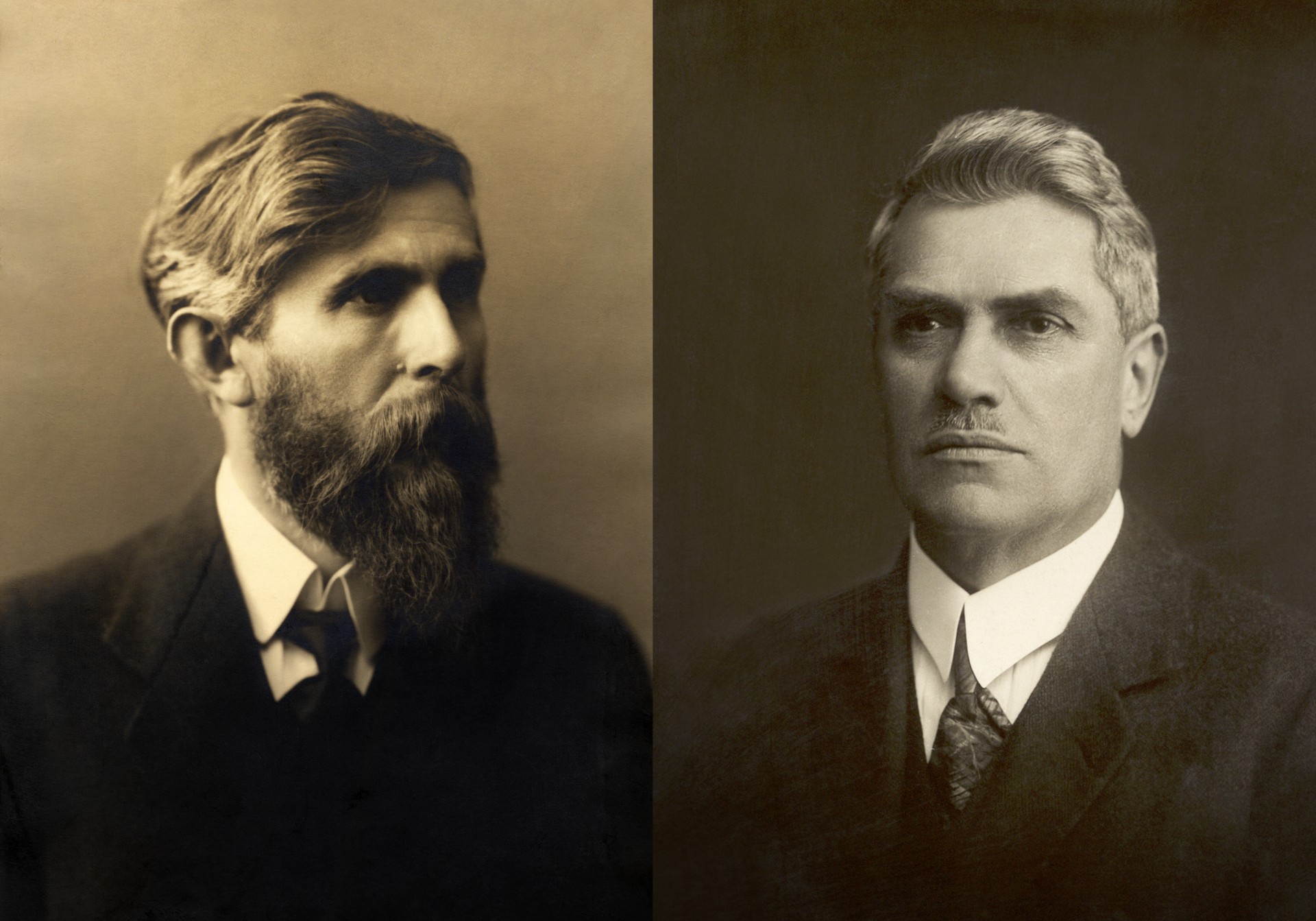 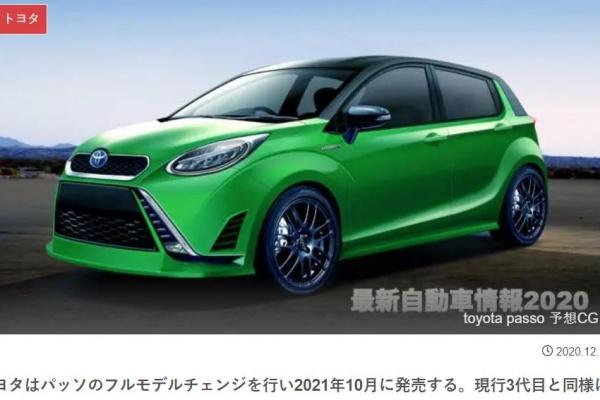