Hyundai has taken the wraps off the all-new Tucson N Line.

Set to be launched in Europe this spring, the crossover has been given a sporty makeover that is unfortunately all show and no extra go.

Starting with the exterior, the Tucson N Line has been equipped with a revised grille that is wider and taller than the one used on the standard model. That isn’t the only change as the grille’s parametric ‘jewels’ have elaborated edges which create “additional reflections depending on the angle.”

Further below, there’s a sportier front bumper with a larger air intake. The model has also been equipped with bright silver skid plates and black headlight bezels.

The rear end has an assortment of changes including a longer spoiler that has been decked out in fins. Elsewhere, designers installed a new rear bumper with a wide reflector and a skid plate with an integrated diffuser. Last but not least, there’s a dual exhaust system.

The crossover will be available in seven different colors including an N Line exclusive Shadow Grey. For a more distinctive appearance, five of the hues can be combined with a contrasting Phantom Black roof. 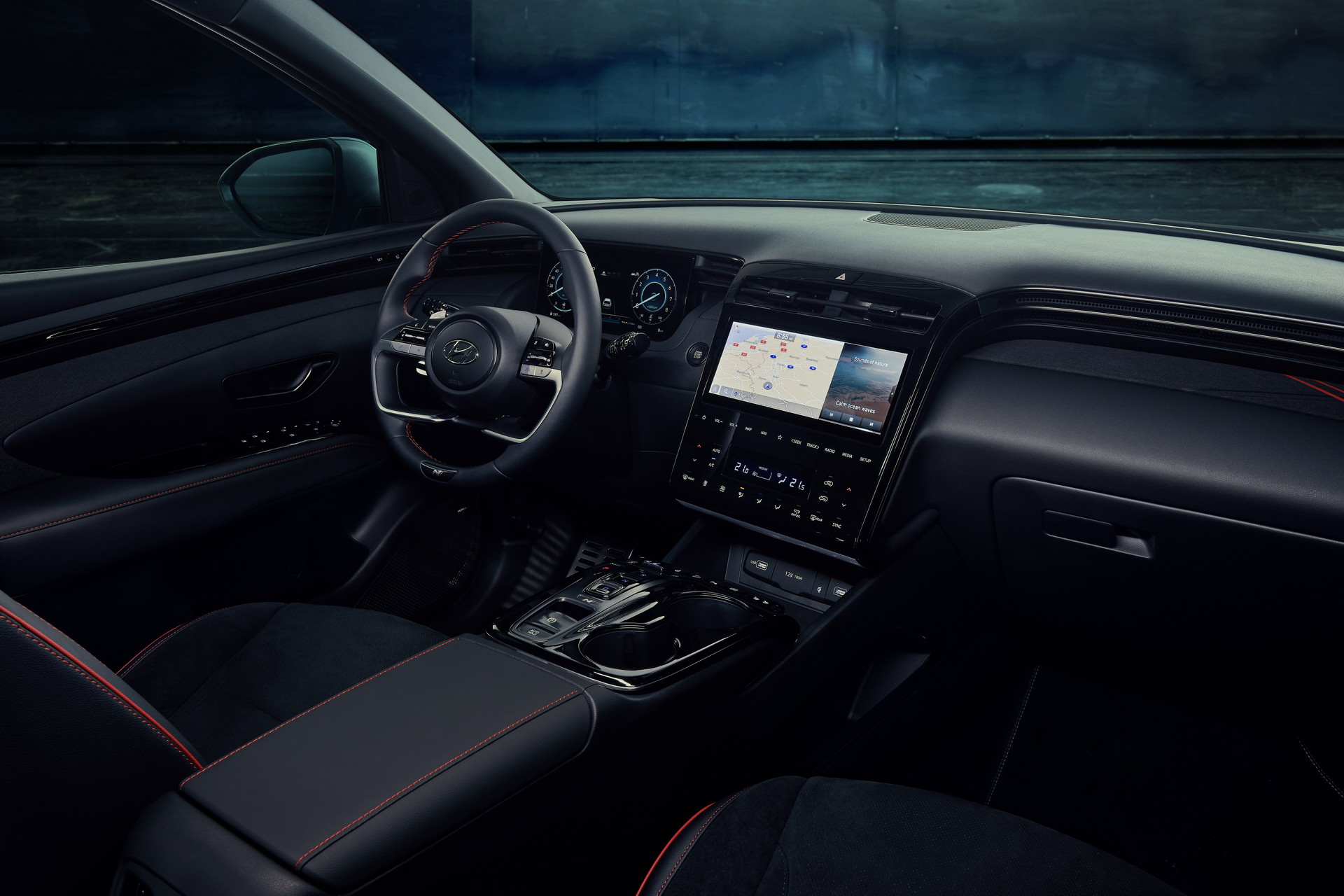 The sporty styling continues in the cabin as the model has been equipped with leather and suede seats that feature red contrast stitching. Additional changes are limited, but the Tucson N Line has an N steering wheel, alloy pedals and a black headliner.

While rumors suggested the crossover would get some extra oomph, that isn’t the case as engine options carryover with the exception of the “low power diesel version.” As a result, you can get the Tucson N Line with everything from a 134 hp (100 kW / 136 PS) 1.6-liter diesel to a plug-in hybrid powertrain producing 261 hp (195 kW / 265 PS).

That’s disappointing, but certain variants equipped with the electronically controlled suspension feature N Line-specific tuning. The company says this delivers “even more driving fun” as the system “reacts faster and more strongly to both body movements and steering commands.” 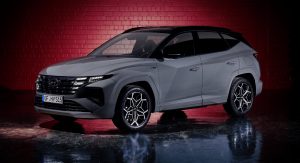 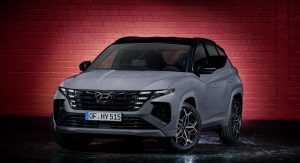 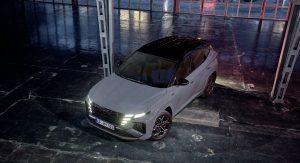 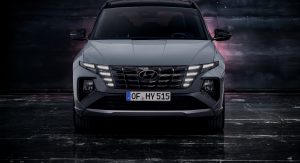 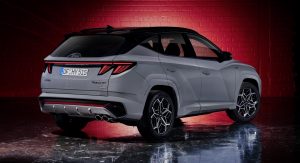 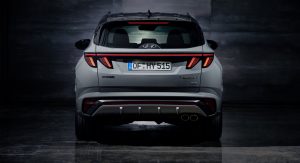 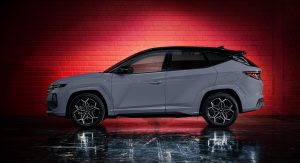 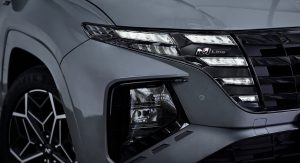 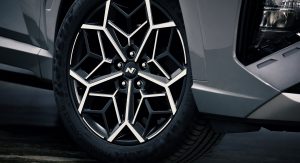 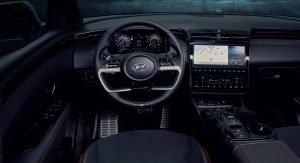 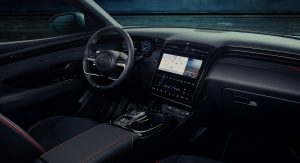 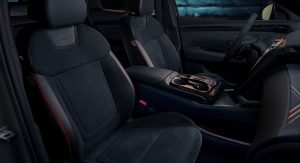 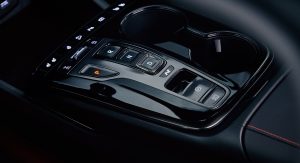 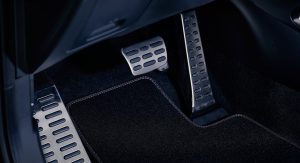 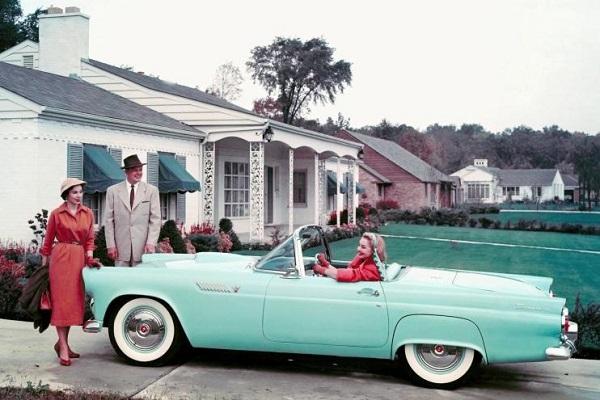 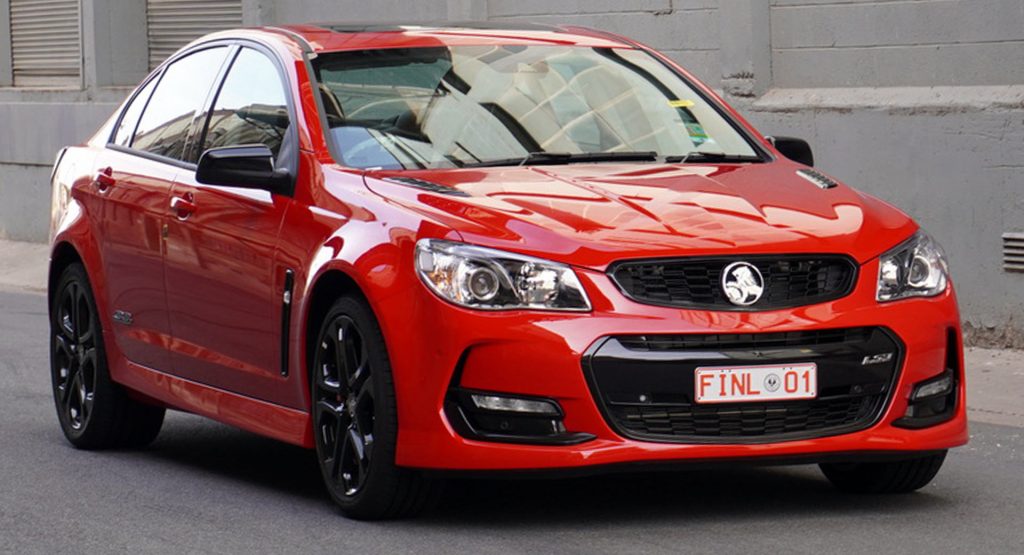 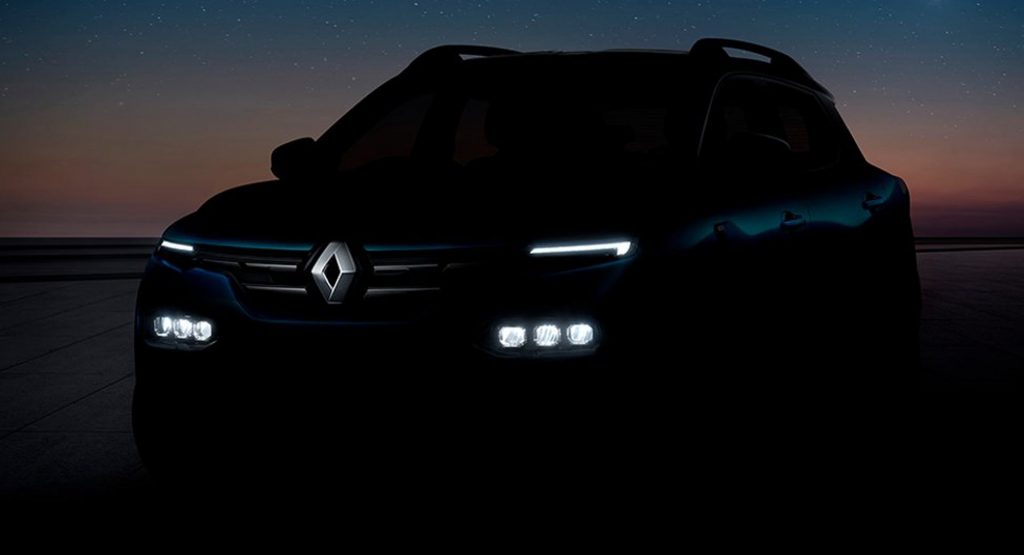