The auto industry is at a crossroads as the future is looking increasingly electric.

This has a number of companies rethinking their plans and a handful are going EV-only.

Lamborghini appears to be on the fence as the company is asking website visitors for their views on sustainability and the automaker’s future. While a number of the questions aren’t very interesting, two stand out. 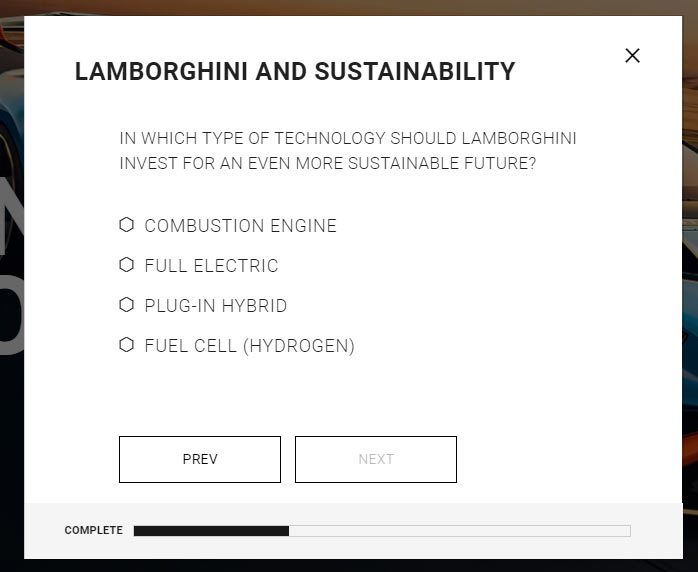 The first asks “In which type of technology should Lamborghini invest for an even more sustainable future?” It then gives four options including plug-in hybrid, electric and fuel cell powertrains as well as traditional internal combustion engines.

We probably shouldn’t read too much into it, but Lamborghini hasn’t been shy about their plans for a hybridized Aventador successor. The model is slated to retain a naturally aspirated V12 engine, but adopt a “hybrid motor” to deal with increasing fuel economy and emission standards. Details are scare, but the Aventador successor is expected to be a plug-in hybrid with a front-mounted electric motor.

Longer term, it remains unclear if Lamborghini will go electric or stick with plug-in hybrids. However, it looks like models driven exclusively by internal combustion engines will become a thing of the past.

The second question asks whether or not the company should use recycled or “eco-sustainable” materials inside their vehicles. There’s no word on what Lamborghini is considering, but Ford has been using soybean-based foam for over a decade and this has prevented more than 228 million pounds of carbon dioxide from entering the atmosphere.

Regardless of what Lamborghini has planned, it appears the company is eyeing a more sustainable future. 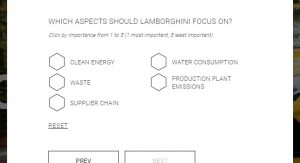 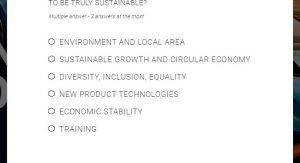 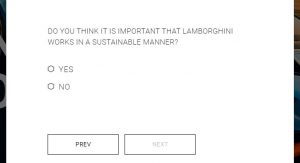 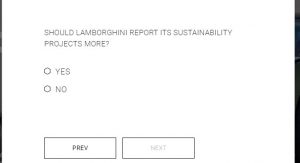 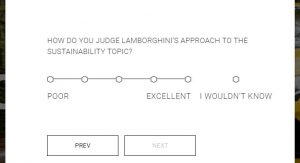 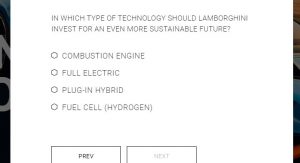 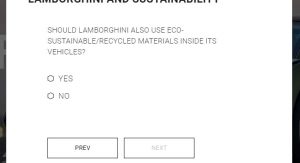 Any chance we get to see the Mercedes-AMG Project ONE is a chance we’ll take and the brand has just released its latest clip.

The short, 43-second-long video shows the ONE on track in its now-familiar silver and red camouflaged livery. We last saw the car looking like this when Sir Lewis Hamilton drove it in December.

“I can still hardly believe that there will soon be a hypercar with a Formula 1 engine,” said Hamilton at the time. “We won the world championship with this engine in 2015, and I was involved in its development for a long time. I was able to drive the Project One during the film work for the new campaign, and I’m very proud of the extraordinary effort Mercedes-AMG has invested in this project. This car is absolutely unique.”

Also Read: Watch Lewis Hamilton Jump Into The Mercedes-AMG One Hypercar After Work

The ONE will feature an engine that should be familiar for Sir Lewis since it’s the same 1.6-liter V6 that has powered his F1 car to six world championships. Revving up to 11,000 RPM in road-trim, the engine should produce more than 1,000 metric horsepower and a top speed of more than 217 mph.

Mercedes-AMG is highlighting the electrified aspect of the car, which makes sense. As in F1, the ONE uses electric motors to achieve its ridiculous performance figures.

The F1-car-for-the-road was initially supposed to debut in mid-2020 but delays have meant that an exact launch date is a little unclear at this point. Regardless, Mercedes-AMG has filled all 250 build slots, despite its $2.5 million price tag.

Ford and Barrett-Jackson have teamed up to auction the first 2021 Bronco 2-door and Mustang Mach 1.

The models will go under the hammer at the Scottsdale auction in March and all of the money raised will go to charity.

Starting with the Bronco, it’s a “fully loaded” First Edition that features a Lightning Blue exterior with a black hardtop. The model also comes with the Sasquatch package which includes 17-inch beadlock capable wheels wrapped in 35-inch tires.

Also Read: The Ford Bronco Returns To Blow The Jeep Wrangler’s Doors Off 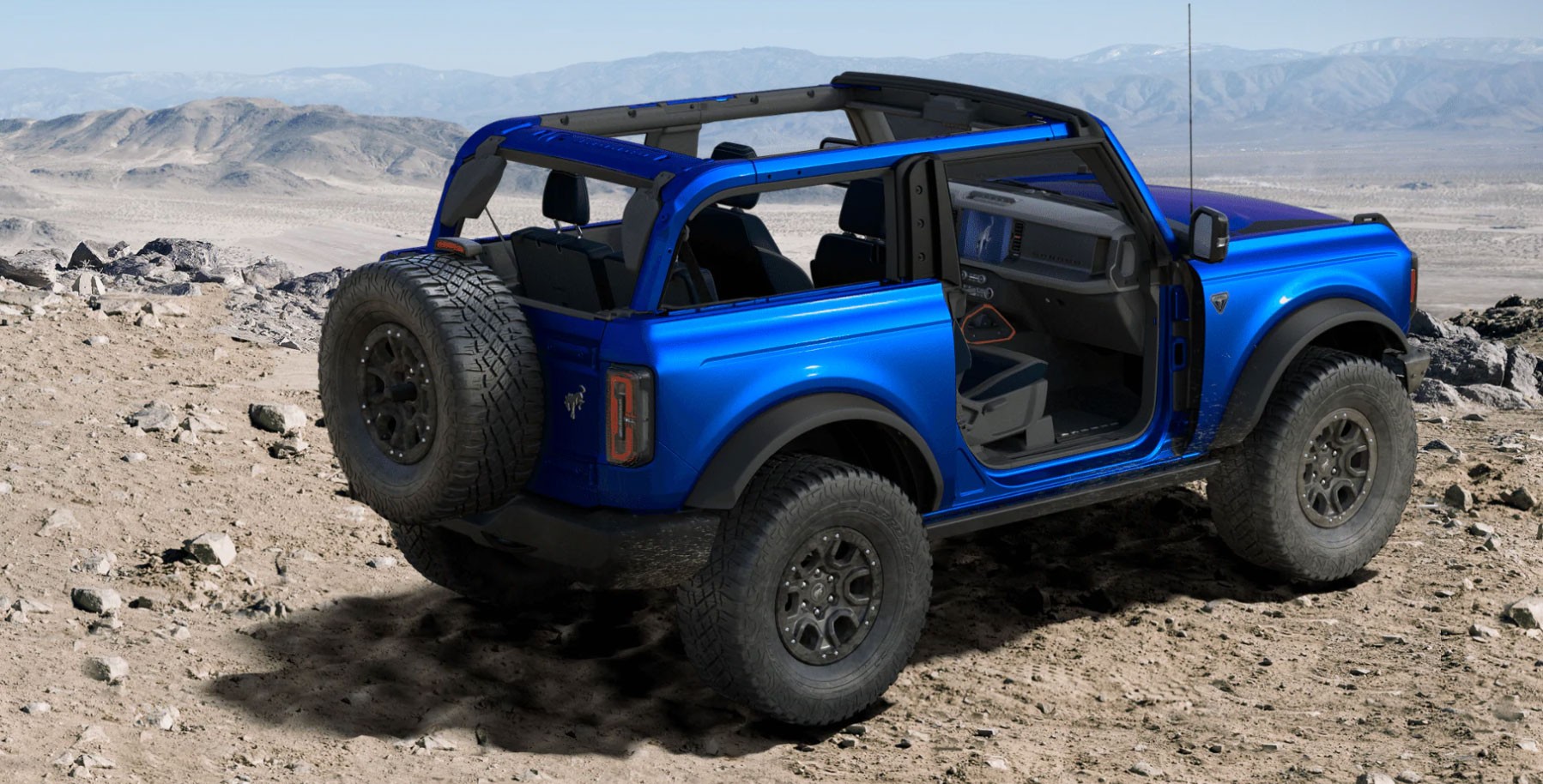 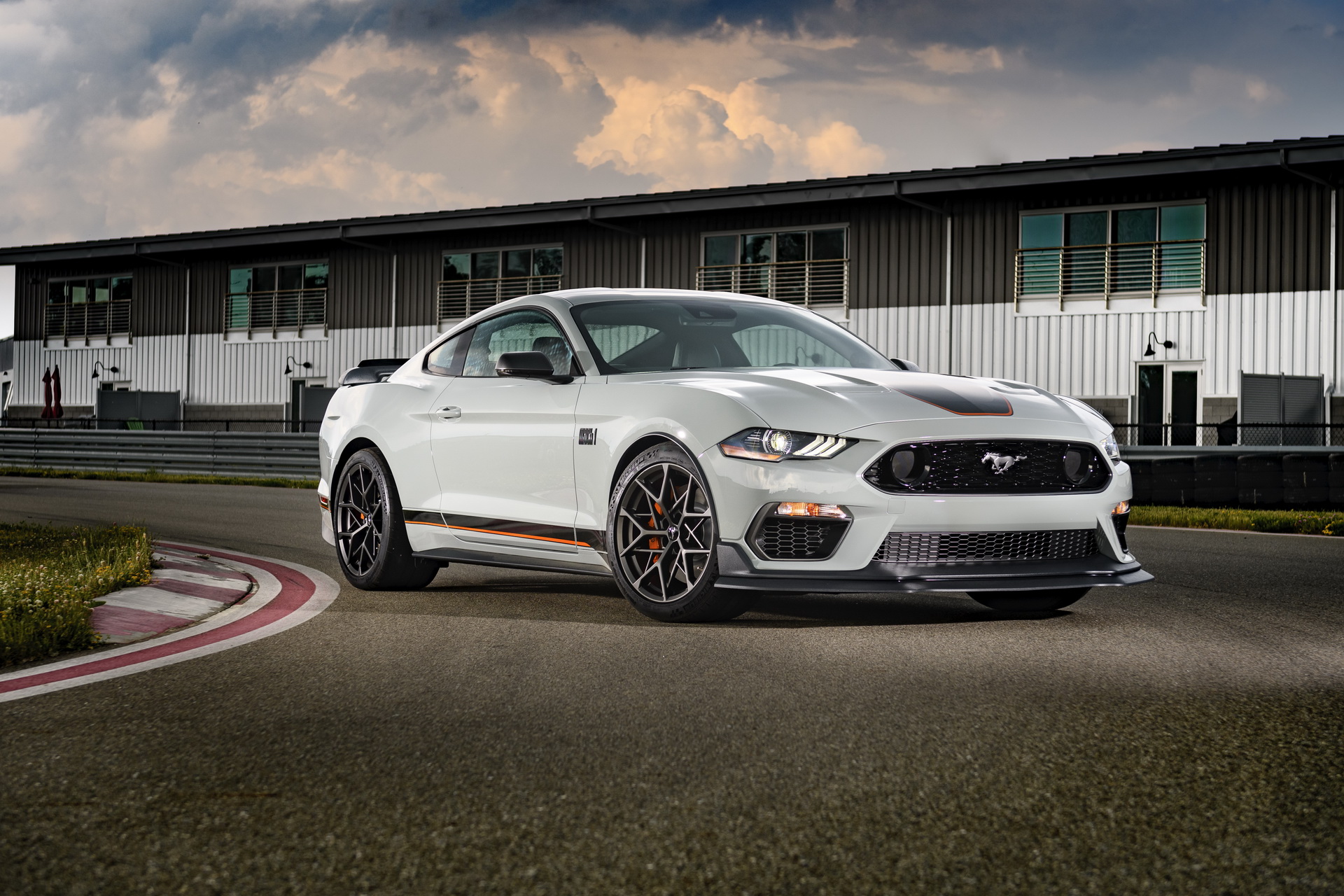 Moving on, the first Mustang Mach 1 will have a Fighter Jet Gray exterior and a black / orange interior. Barrett-Jackson didn’t say much else about the model, but the pony car will come equipped with the Handling Package that includes a larger front splitter and a magnetic swing rear spoiler with a Gurney flap.

The Bronco will benefit the National Forest Foundation and Outward Bound. The former aims to protect and restore national forests, while the latter encourages people to get outdoors and enjoy nature.

The Mustang, on the other hand, will benefit the JDRF (Juvenile Diabetes Research Foundation) which funds research to find a cure for type 1 diabetes.

In statement, Barrett-Jackson CEO Craig Jackson said “The return of these two models is among the most celebrated of our time. I’m really excited about both of these reborn icons selling on our auction block and, since I own a vintage Bronco myself, am particularly interested to see what VIN 001 of the new model will bring.” 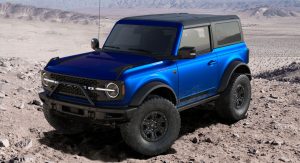 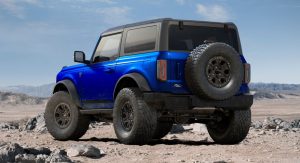 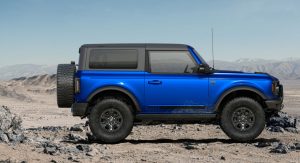 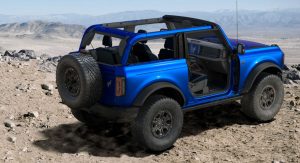 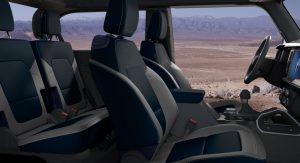 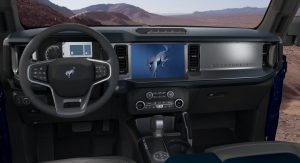 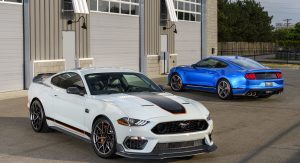 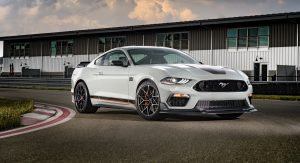 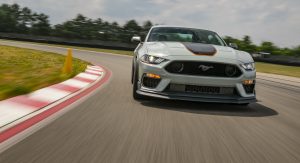 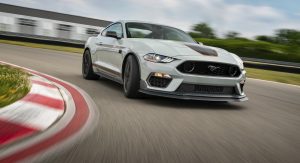 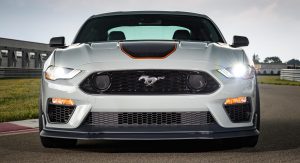 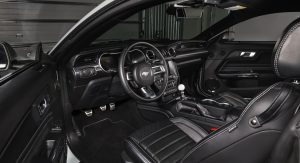 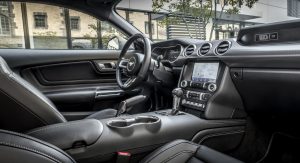