Top Gear’s 30th season is just around the corner and has been previewed for the first time.

In typical Top Gear fashion, the latest season will feature all kinds of new and old vehicles as well as some entertaining challenges that hosts Chris Harris, Freddie Flintoff and Paddy McGuinness must complete.

One particularly ambitious stunt features Flintoff sliding on his feet while being towed by an Ariel Nomad in the pavement equivalent of waterskiing. The presenters will even race cars that have been cut in half.

Watch Also: We Know The Ferrari SF90 Is Blisteringly Fast, But Is It A Great Driver’s Car?

A host of new cars will also be reviewed, including the Land Rover Defender, Ferrari Roma, Lamborghini Sian, Toyota GR Yaris, and even the all-electric Odyssey 21 that will be used in the Extreme E championship.

No release date for the season has been announced.

The 29th season of Top Gear aired last October and consisted of five episodes. As it was filmed in the midst of the coronavirus pandemic, the vast majority of the segments were shot in the UK, with the exception of the Cyprus rental car challenge. Based on this trailer for season 30 and taking into consideration the ongoing pandemic, it’s fair to assume that most segments of the new series were also filmed in the UK.

Skoda invited a handful of journalists to Austria to experience the new generation Fabia first-hand prior to its unveiling this spring.

The prototypes used in this hands-on experience wore reptile-inspired camo with an abstract pattern created by designer Daniel Petr, which does a good job at keeping the most important visual aspects hidden.

Still, we can see that the grille is a bit bigger and is flanked by slender headlamps with integrated LED DRLs. The lower air intake features active slats, like on the bigger Octavia. The new taillights, which partially protrude into the tailgate, look different than the ones used on the Scala compact hatchback, and the reflectors now sit further up. Completing the exterior makeover will be the new wheel designs.

“The basis of the idea was that we imagined the car being revealed gradually, like a snake shedding its skin”, Petr said. “It’s going to be a very good-looking compact car with a clean and modern design that will raise the Fabia to the next level.”

At 380 liters (13.4 cu-ft), the boot volume is also bigger, and despite these changes, the weight has only slightly gone up, Skoda notes, adding that the car has the smallest drag coefficient (0.28) in the subcompact segment.

The new interior has yet to be revealed, yet those who drove it said that it features a 10.2-inch digital instrument cluster and a 6.8-inch standard touchscreen infotainment system that’s upgradable to 9.2 inches. Up to nine airbags, most of them offered from the base variant, are also included, and all passenger seats feature ISOFIX fittings and tether anchors for child seats. 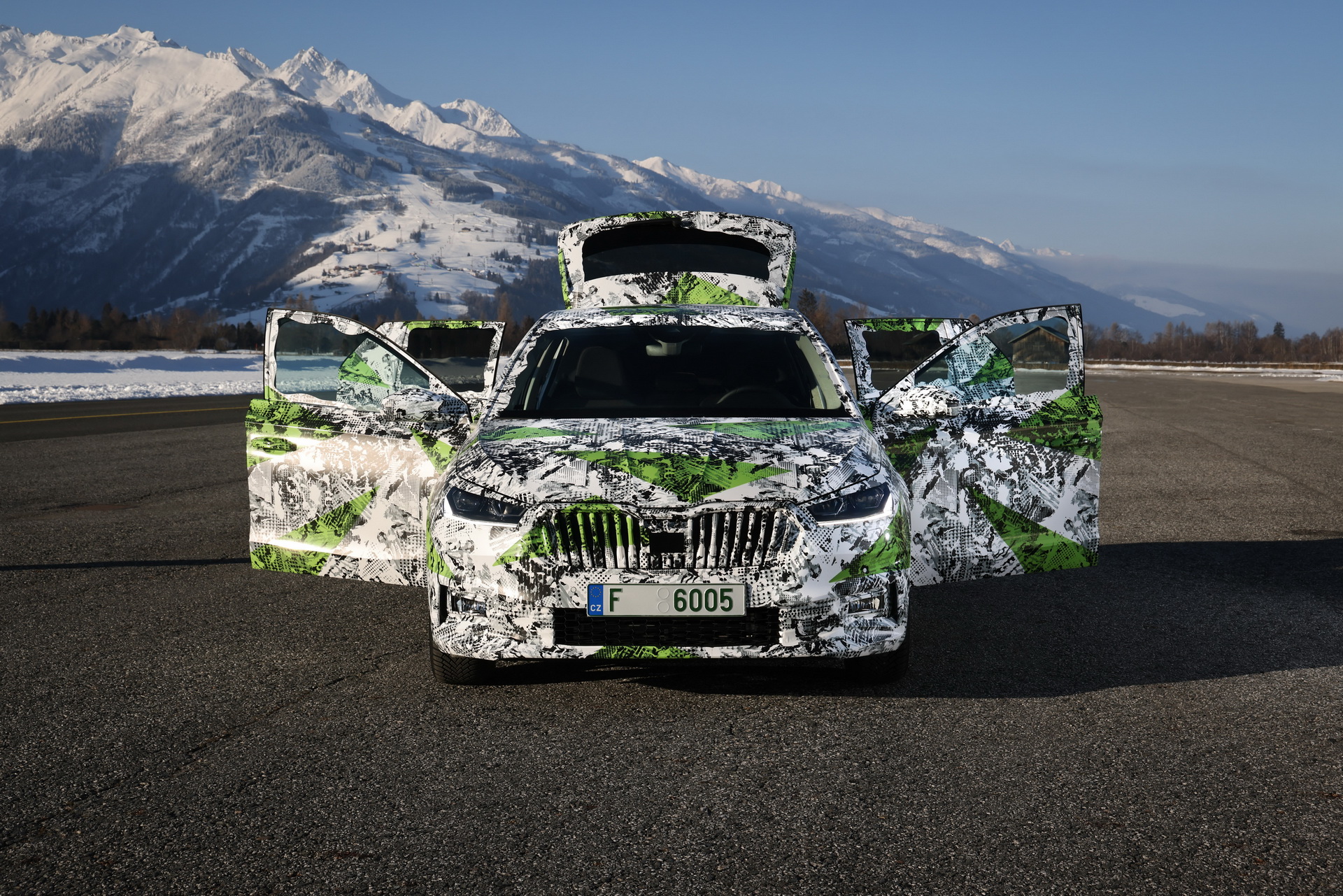 The parking card holder and ice-scraper in the fuel tank cap are still present, and the new Fabia also has a USB-C connector in the rearview mirror to power dashboard cameras, and 12 (out of 43) ‘Simply Clever’ solutions, including a pouch beneath the luggage compartment shelf that supports up to 3.5 kg (7.7 lbs).

Another novelty is the introduction of the Travel Assist package, which brings automated driving functions to the 2021 Fabia by using the data obtained from the camera in the rearview mirror with the Predictive Cruise Control, Lane Assist, Traffic Jam Assist, Emergency Assist and Predictive Cruise Control. Moreover, the new Fabia will also have an automated parking function.

Three engine options – and no diesel in sight

The fourth generation Fabia will be offered with a choice of three engines, with a 1.0-liter naturally aspirated three-cylinder making 65 PS (64 HP / 48 kW) and 80 PS (79 HP / 59 kW) coupled to a five-speed manual gearbox used in the base models. 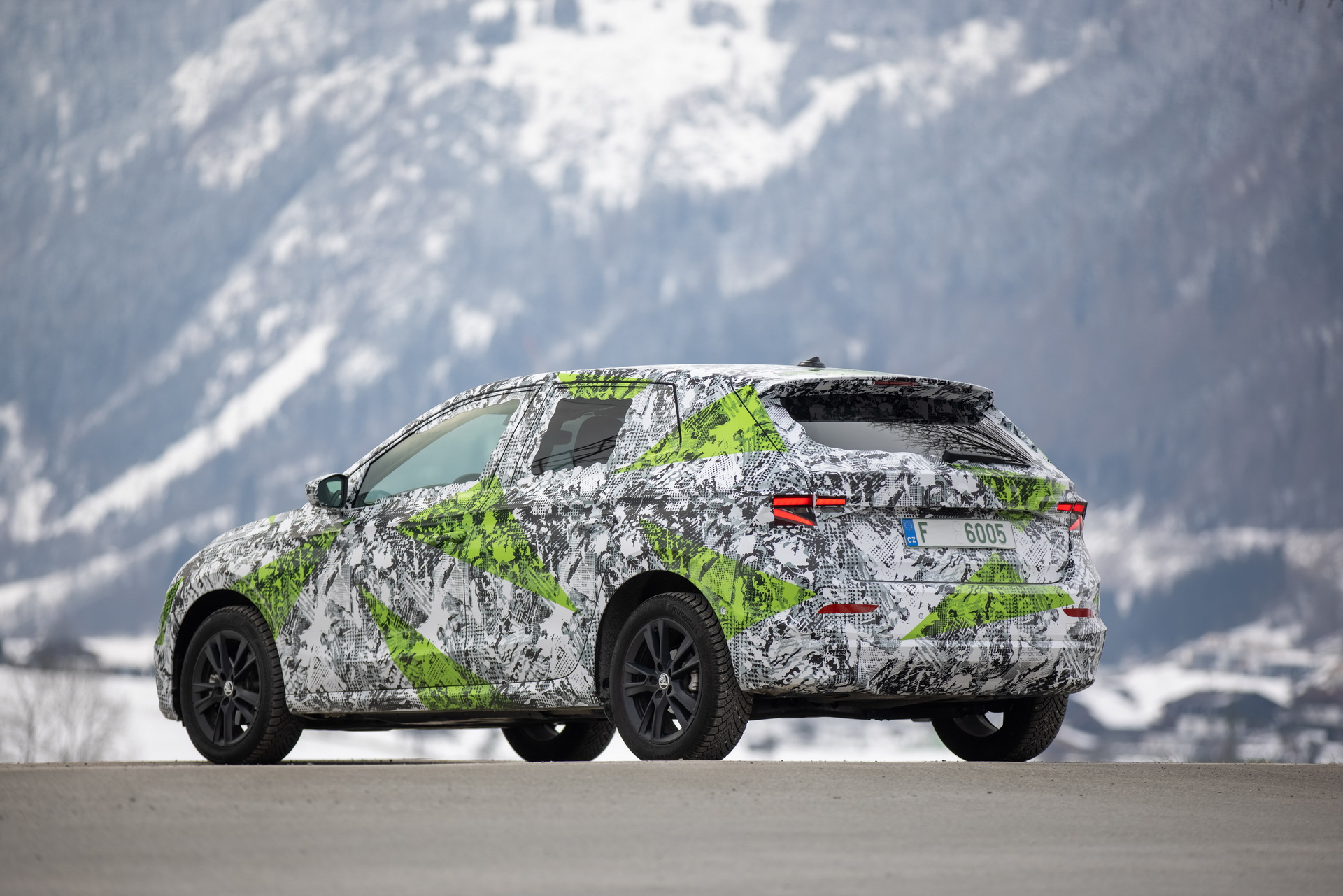 A turbocharged 1.0-liter three-cylinder TSI, with 95 PS (94 HP / 70 kW) and 110 PS (109 HP / 81 kW) respectively, will be available for the mid-range grades, with the former paired to a five-speed manual and the latter coming with a standard six-speed manual or an optional seven-speed DSG transmission. 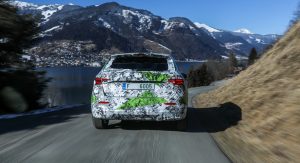 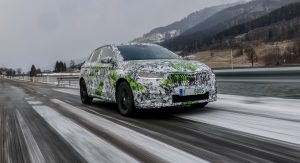 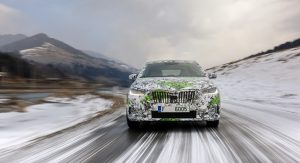 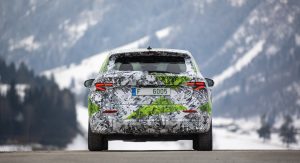 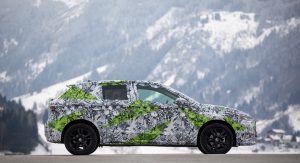 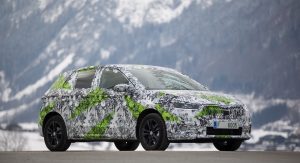 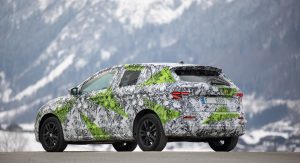 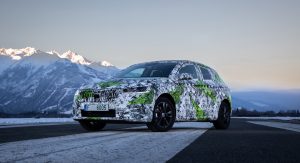 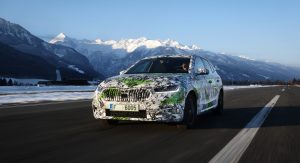 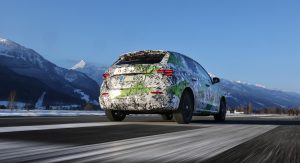 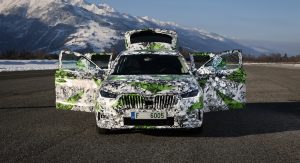 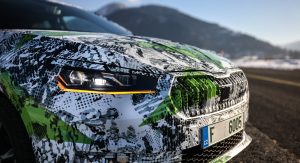 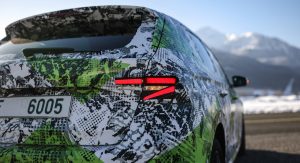 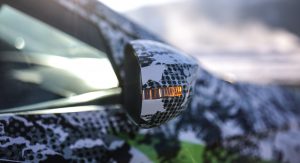 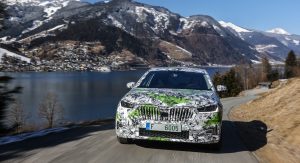 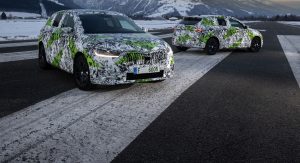 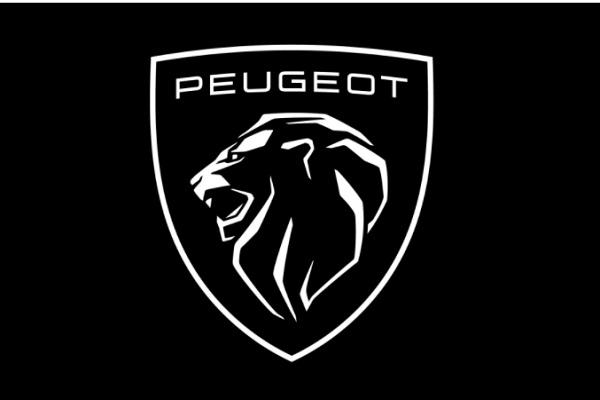 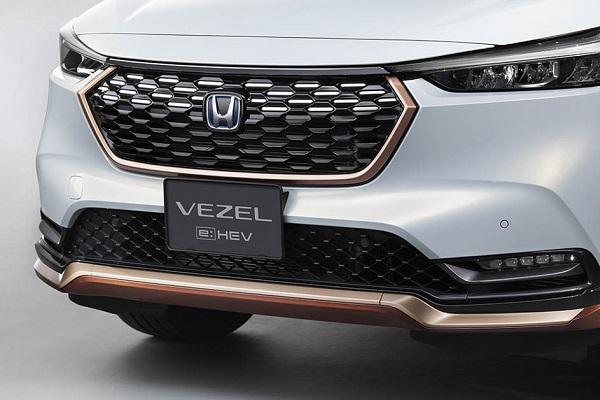