With the new generation BMW M3 Sedan and M4 Coupe currently arriving in showrooms, Manhart thought that it would be a good idea to preview what they’re planning for the two performance models from Bavaria.

Why ‘preview’ and now ‘show’? That’s because the aftermarket upgrades are not ready yet, so they have released official illustrations to provide us with a glimpse of what to expect in the coming months.

Named the MH3 600 and MH4 600, the tuned M3 and M4 will sport the company’s MHtronik Powerbox and one of two exhaust systems available, each one with twin carbon fiber tailpipes, which raise output and torque to around 620 PS (611 HP / 456 kW) and 750 Nm (553 lb-ft) respectively in the Competition variants.

Related: Prior Design Is Working On A New Fascia To Fix The BMW M3 And M4 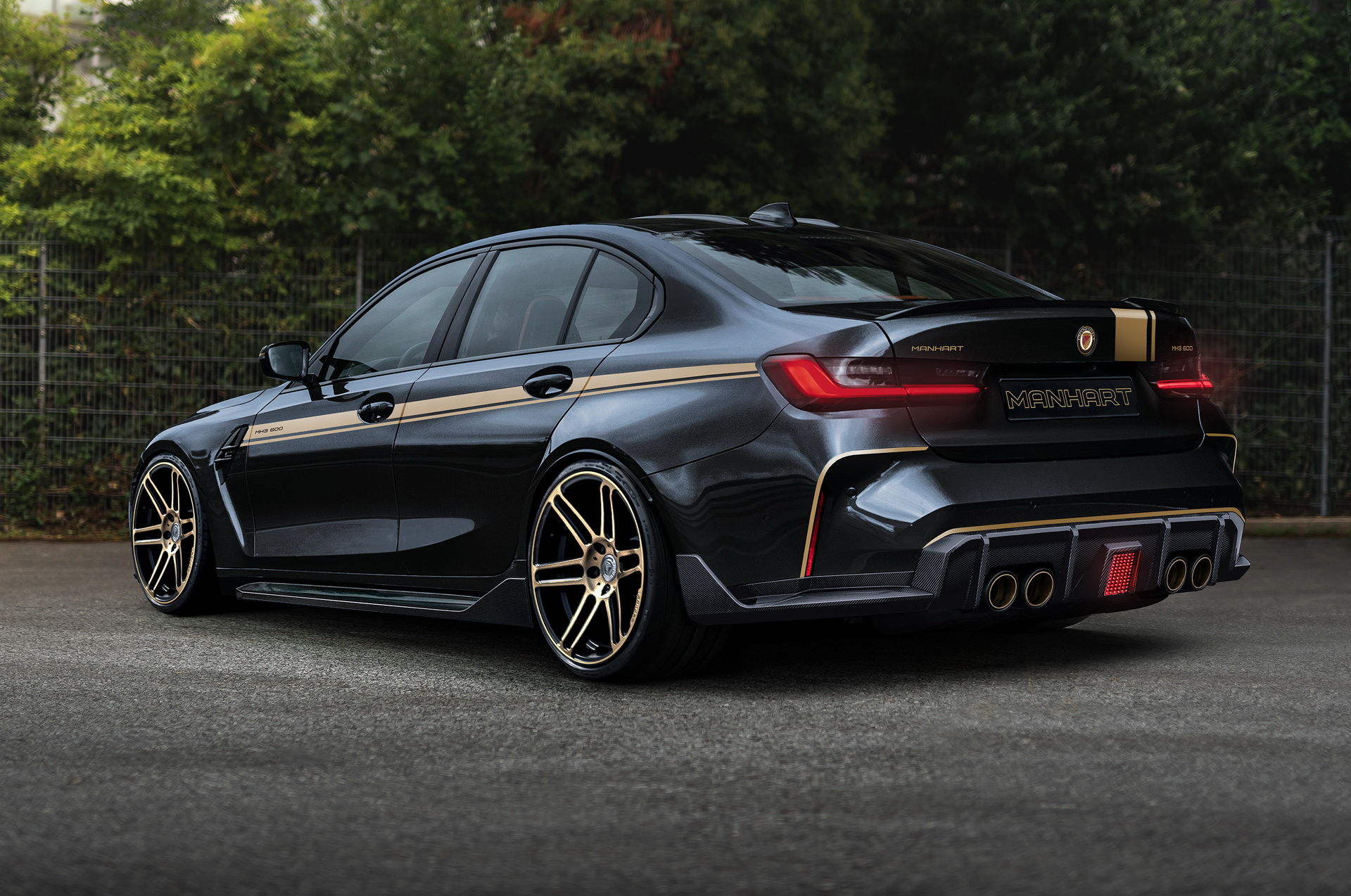 A set of lowering springs made by H&R will bring the bodies of the new M3 and M4 closer to the ground by a few millimeters, while leaving room under the arches for the aftermarket wheels. Developed in-house by Manhart, the Concave One forged set measures 9×21-inch at the front and 10.5×21-inch at the rear, wrapped in 265/30 and 305/25 tires respectively.

Further boosting the visual presence will be the carbon fiber bonnet, front splitter, rear diffuser, spoiler and side flaps, while the golden accents on the outside, which can be specified to the rims too, round out the looks.

This will be the so-called ‘phase 1’ of the tuning program, but Manhart is also working on a ‘phase 2’, which it claims will take the M3 and M4 “to the next level”, so we’ll definitely keep an eye open for it. 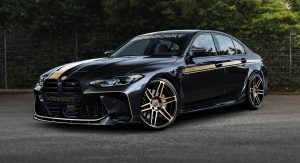 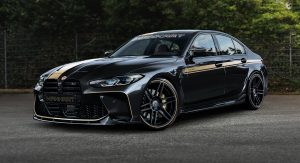 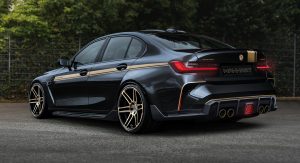 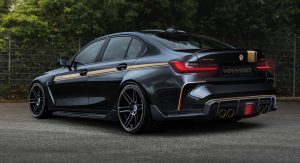 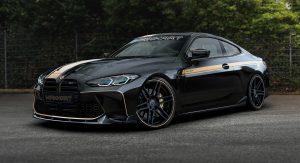 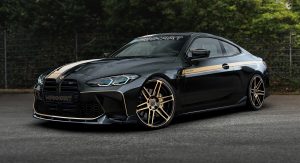 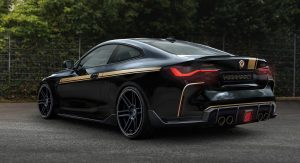 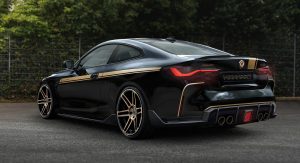 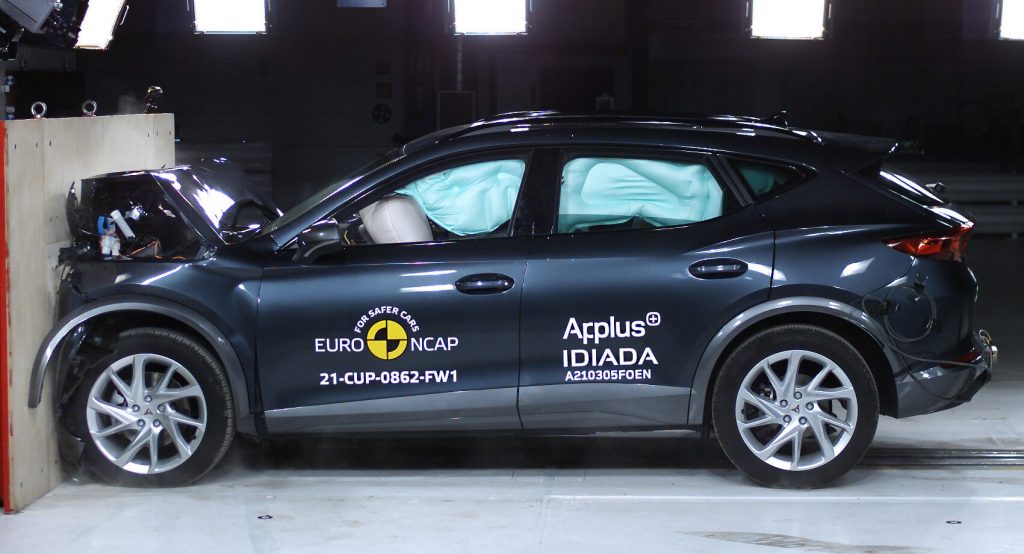