You can forget vehicles like the Mercedes-Benz G63 AMG 6×6 and wild six-wheeled creations from Hennessey Performance as this Jeep-based 6×6 is just about the craziest road-legal vehicle that money can buy.

This insane vehicle is dubbed the Apocalypse Hellfire and comes from a company fittingly known as Apocalypse Manufacturing. The 6×6 is up for sale from South Florida Jeeps and has an eye-watering price tag of $199,990.

The listing fails to mention if the Hellfire is based on the Wrangler or the Gladiator but either way, you’ll invariably notice that it features a third axle and has six wheels. Extensive alterations have also been made to the exterior, including the fitment of new panels across the front, sides, and rear. The front is particularly bold thanks to a custom grille and an LED light bar. Heck, there’s even a bespoke shroud around the windshield.

The Hellfire is powered by a 6.2-liter supercharged Hellcat V8 tuned to deliver 750 hp. This engine is coupled to an eight-speed automatic transmission that operates alongside a proprietary drivetrain that can send power to four- or six-wheels, depending on the selected driving mode. 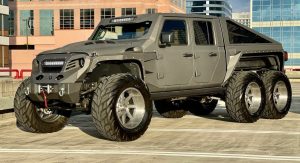 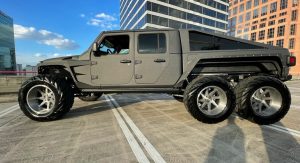 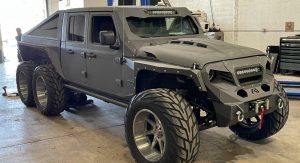 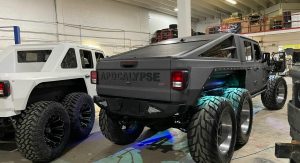 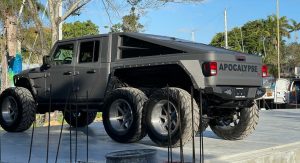 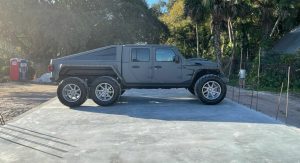 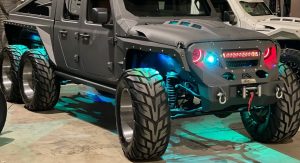 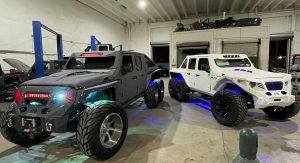 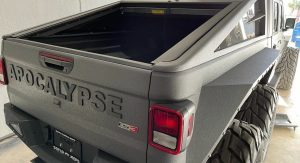 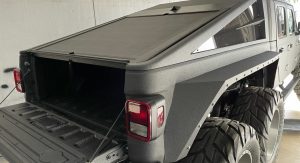 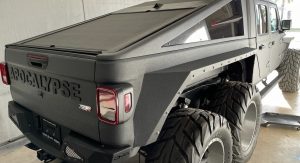 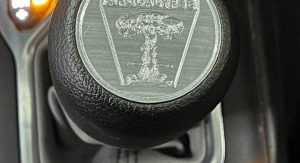 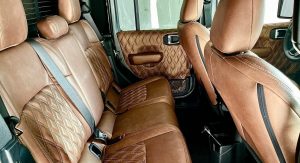 Forze Hydrogen Racing is partnering with Hyundai for the creation of the Forze IX, which they claim will be the fastest hydrogen-powered race car on earth.

To create it, Forze has tapped Hyundai as consultants on hydrogen power. The automaker will make engineers from its Hyundai Motor Europe Technical Center in Russelheim, Germany, available to the Forze Team.

“Forze is an exciting team made up of some of the brightest young minds, and with a proven pedigree of bringing fuel cell mobility to the race track,” said Tyrone Johnson, Head of Vehicle Development at HMETC. “Hyundai is delighted to enter into this partnership with Forze.”

Indeed, the team is full of very young minds since it is made up of 60 students at the Delft University of Technology in the Netherlands, who can work full or part-time for the Forze team as part of their studies. 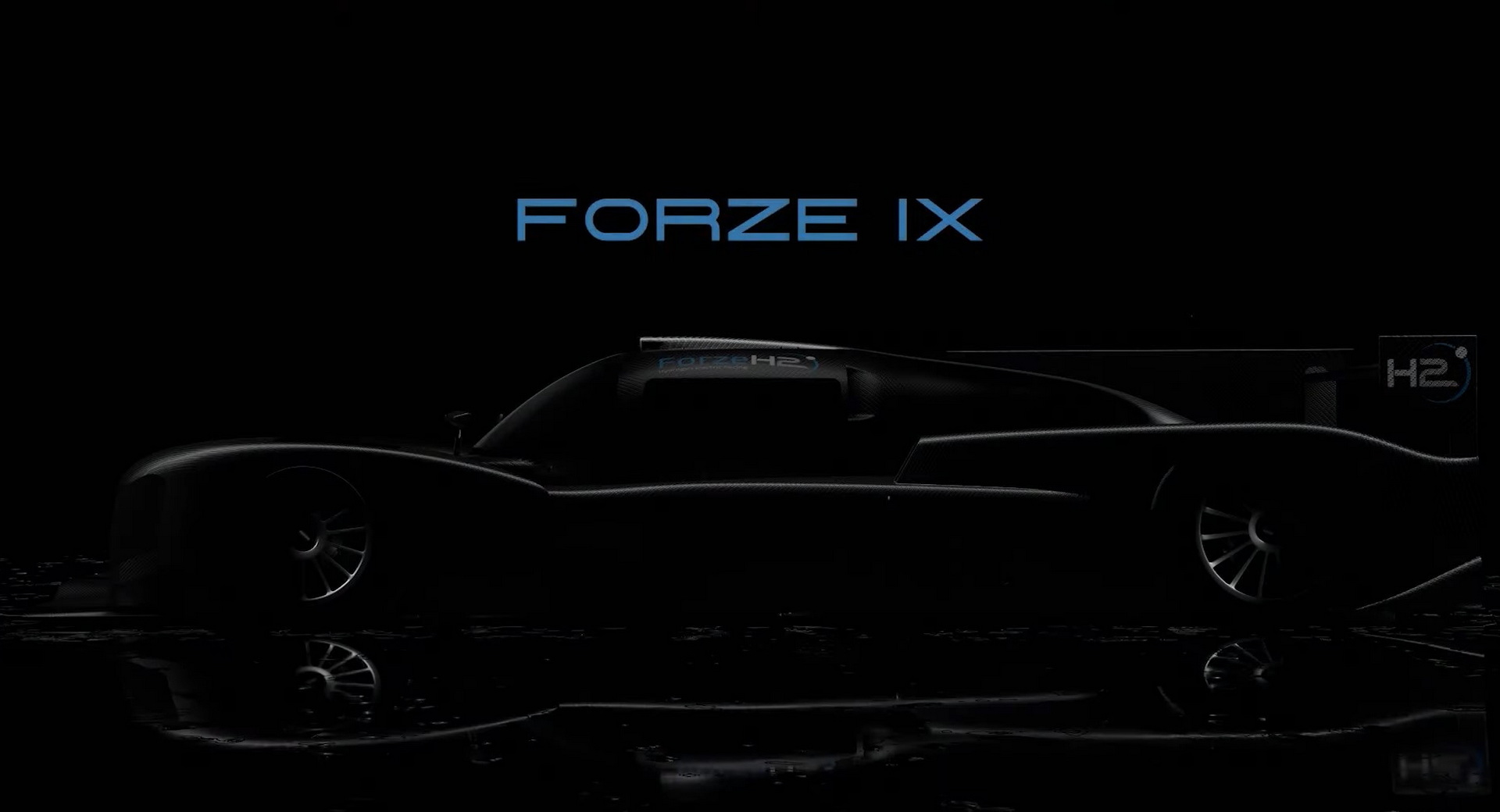 As the vehicle’s name suggests, this isn’t the team’s first car. In 2015, it produced the Forze VI, which lapped the Nurburgring Nordschleife in less than 11 minutes, setting a record for hydrogen-powered vehicles in the process.

Unfortunately, we’ll have to wait a bit before we see the Forze IX in its full glory. The team only expects to finish the car in 2022, but it should be pretty impressive when it does. Moreover, since there aren’t many other hydrogen track cars to compete with, the Forze IX will, like its predecessors, race against internal combustion engine rivals.

“By drawing on our leadership in fuel cell mobility and Forze’s ambition to take hydrogen to the next level, together we will push the boundaries of what’s possible in the development of zero-emissions racing,” said Johnson.

Dashcam footage has captured the moment a runaway van engulfed in flames almost struck a pedestrian and a police car in Fayetteville, Arkansas.

The video shows police officer Harris responding to the blaze from a van parked on a steep driveway. The moment Harris parks his car, the handbrake of the burning van gives way and it starts to roll down the drive. The officer can be heard shouting “Hey, watch out!” to a man watching from the street.

Meanwhile, the officer quickly puts his cruiser into reverse and pulls back just as the burning van, and its trailer, skid across the road and down a grass embankment. It’s the type of scene you would expect to see in a Hollywood film, not in real life.

“It was a windy day, so it could’ve been really bad, and until the fire department arrived, Harris was a one-man-show,” Fayetteville Fire Department public information officer Sgt. Murphy told 5 News. “I’m just happy our units responded so quickly so they could put those flames out. Firefighters need heroes and I think officer Harris was probably their hero that day.”

Fire crews arrived on the scene shortly after the dramatic scenes and managed to extinguish the blaze. Thankfully, no one was hurt, while the Fayetteville Fire Department believe the fire started from the van overheating. 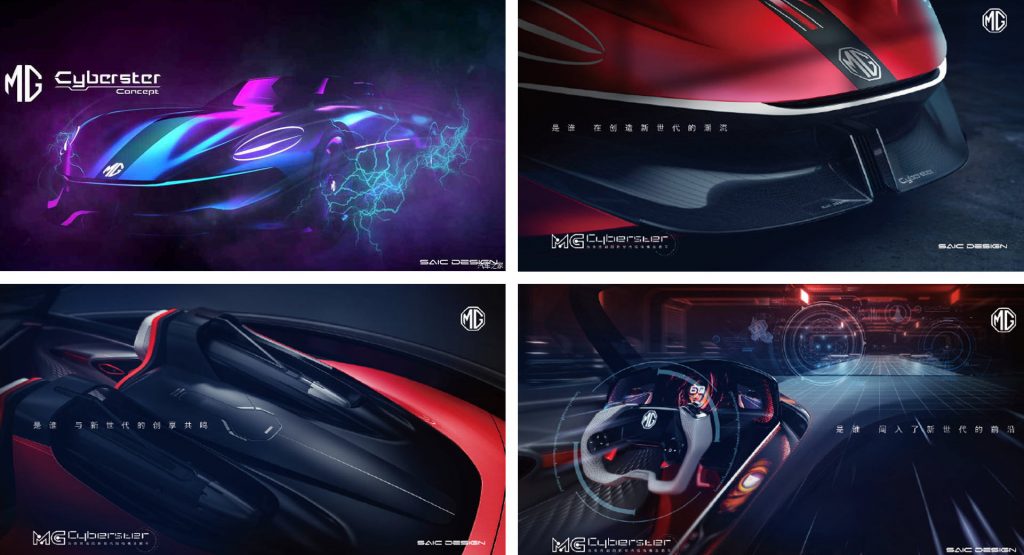 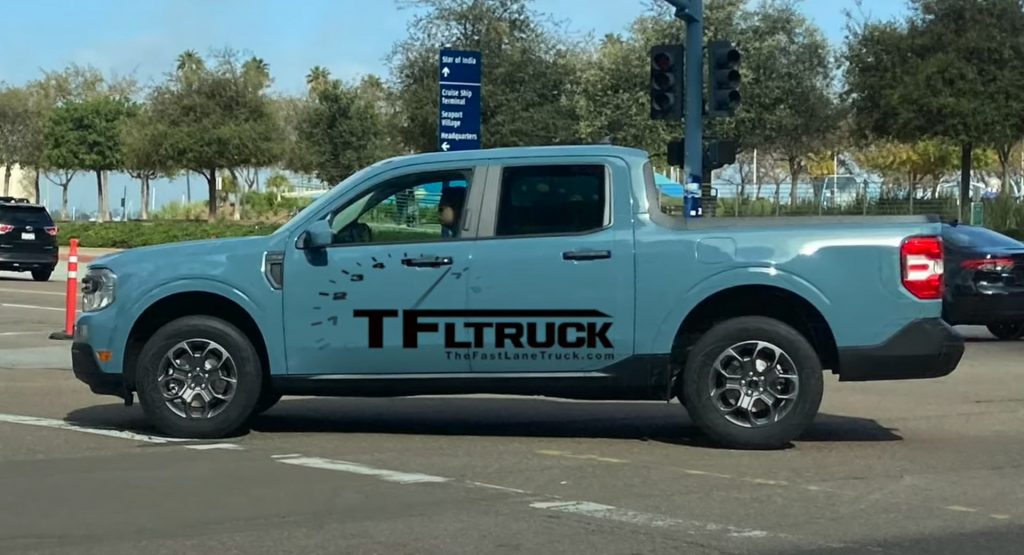