The Hyundai Kona EV was the subject of wide recall following reports of battery fires. Now, the automaker is facing criticism for how it is handling the recall.

Speaking to Reuters, owners who asked not to have their full names shared said that Hyundai has been unclear and unhelpful in its communications about the recall.

“When I asked Hyundai’s repair center when exactly my Kona EV will be getting a battery replacement, they just told me that they would put me ahead in the line, but I haven’t received the exact date yet,” an owner whose last name is Kim said. 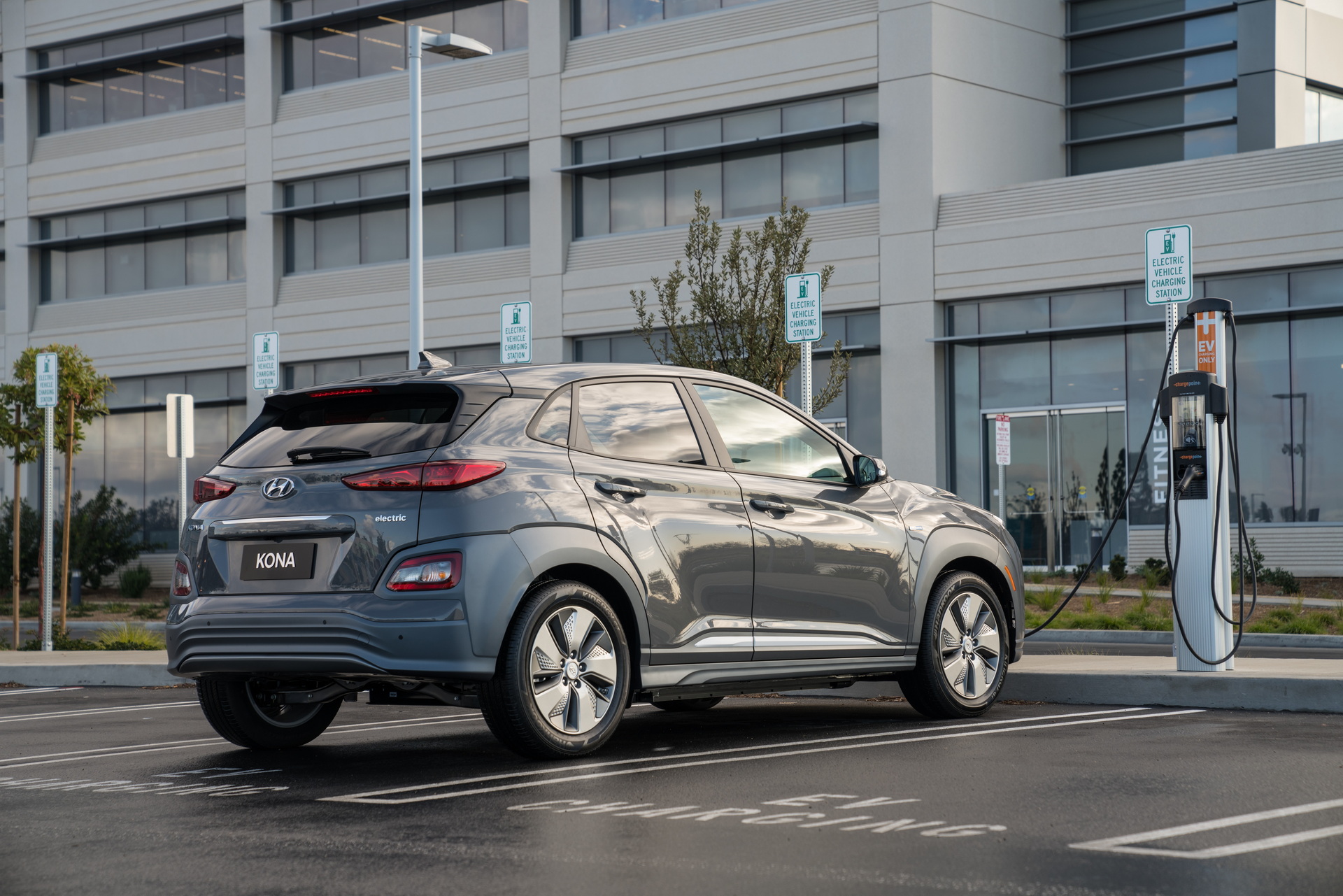 Others, meanwhile, complain that a software update Hyundai has reduced their battery’s charging capacity.

“These recalls already have already [sic] wasted my time and I have to charge my car worrying about fire risks,” a second owner, whose last name is Lee, told Reuters. “On top of that, I have to worry about what other people think about my car.”

Indeed, Lee said that he was refused service at a public charging station.

The problem for Hyundai, then, is that if it continues to frustrate its owners, it may lose out on customers in a massively important future market. Having just launched an all-new EV, the Ioniq 5, and invested heavily in a new electric platform, a poorly handled EV recall could hurt its market position. 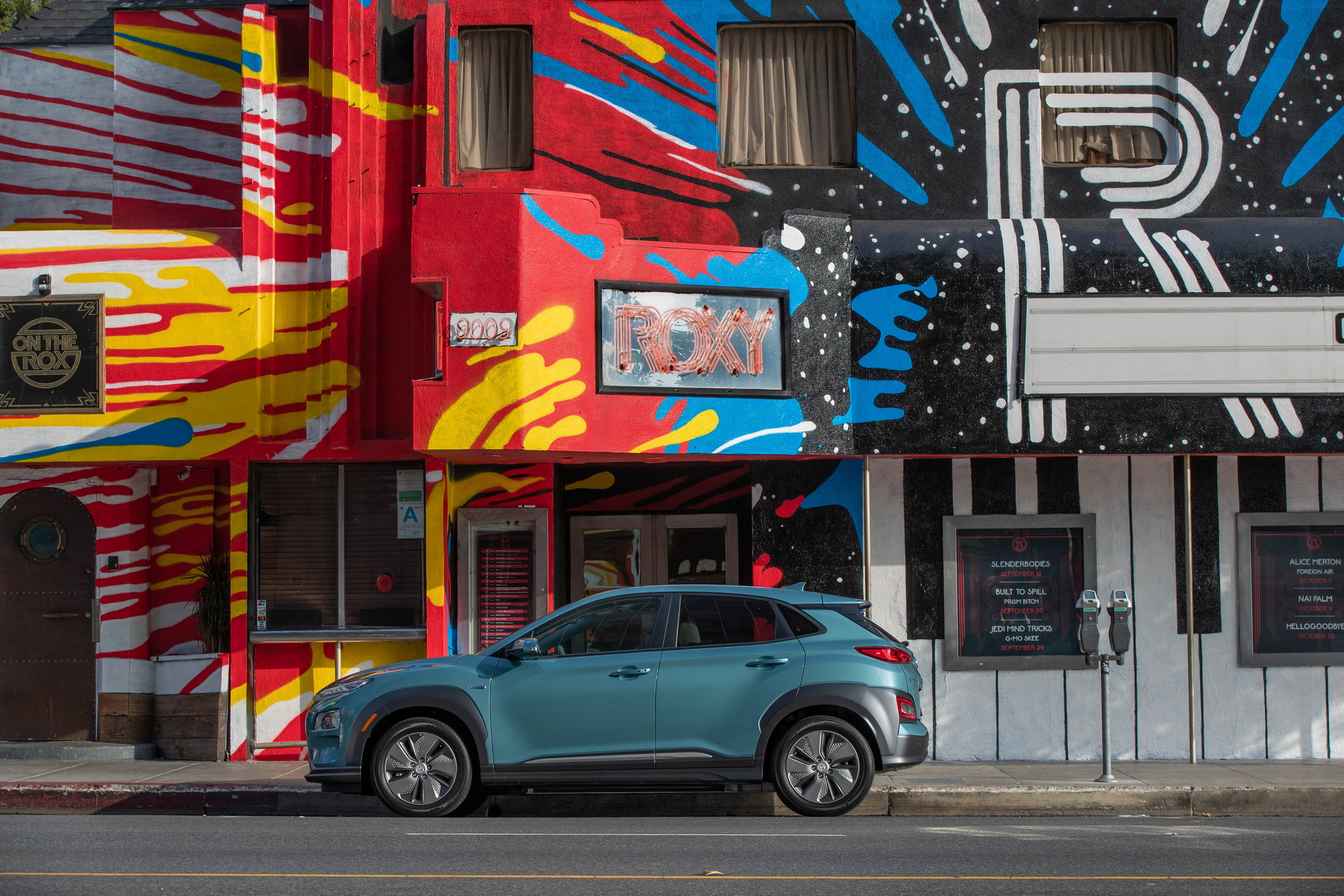 In Lee’s case, the experience means that he’ll never buy a Hyundai vehicle again. As for the first owner quoted, the experience will make them think seriously when they’re buying a new car.

“There were only a few EV options when I bought my Kona EV back in 2018, but now that there are way more EV models available, I don’t think I would go for Hyundai again,” Kim told Reuters.

The fault, first reported in October 2020, stems from a short circuit that can occur in some LG Chem battery cells. Although Hyundai first offered a software update, it seems that the problem cannot be fully fixed with software. Reports have suggested that the batteries of many Konas built between 2017 and 2020 will have to be replaced around the world, at a cost of around $900 million to Hyundai. 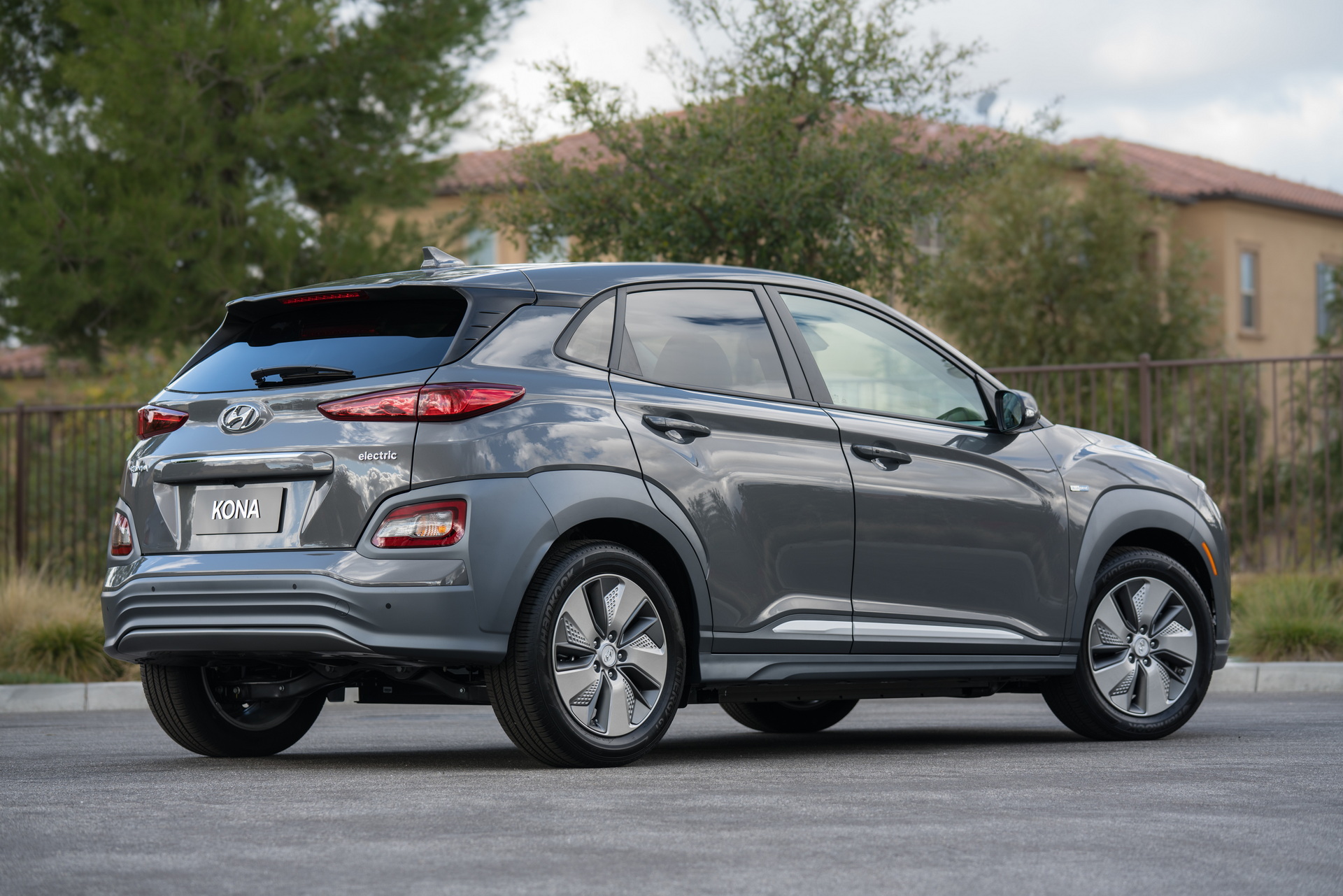 We hope you’ve had your coffee as the 2022 Honda Civic has been spied undisguised once again.

The latest round of images was posted by CivicXI, but the design is hardly surprising as patent images surfaced in September and Honda unveiled the Civic concept two months later.

The latter was an accurate preview of the production model as it features a slimmer grille, smaller headlights and a wide lower intake that is flanked by C-shaped fog light housings. 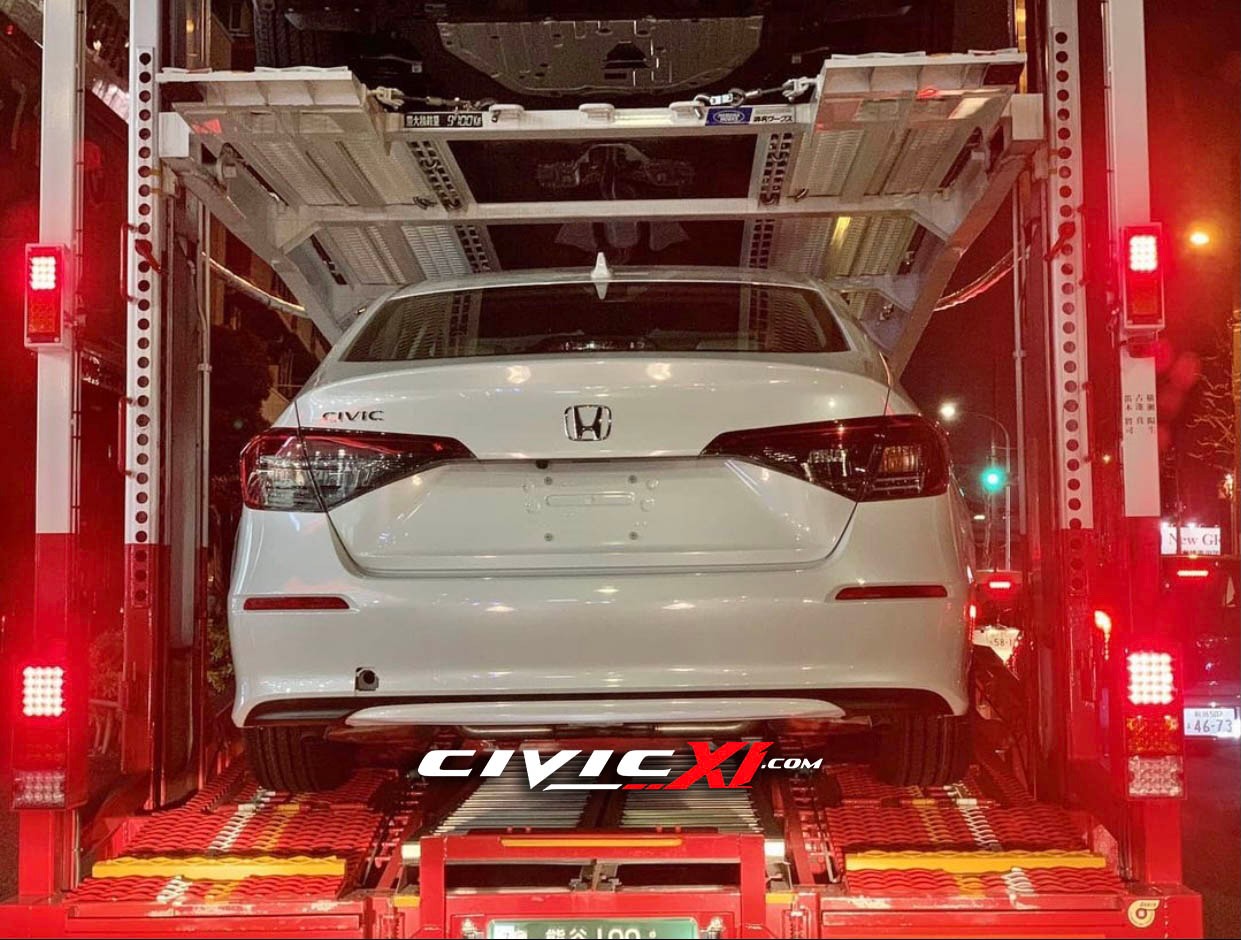 Continuing down the sides, we can see less adventurous bodywork that gives the Civic a more mature appearance. Designers also gave the model an Accord-like greenhouse, a prominent shoulder line and stylish two-tone alloy wheels.

Out back, there’s a relatively plain rear end with large taillights. We can also see a new trunk with an integrated spoiler.

The biggest mystery is the interior, but Honda previewed it when they introduced the concept last fall. As a result, we can expect a minimalist cabin with a digital instrument cluster and a freestanding 9-inch infotainment system. There should also be honeycomb mesh trim that flows into the air vents to create a seamless appearance.

Update: An earlier version of this story suggested this was the US-spec model, but it appears to be the Chinese variant. 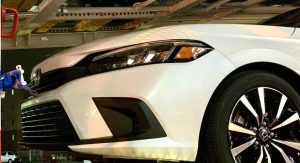 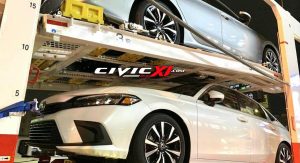 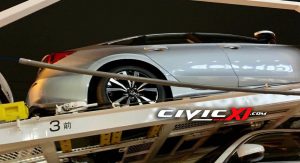 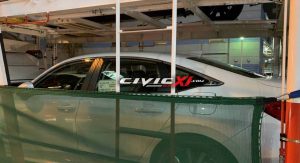 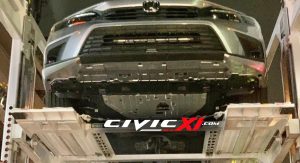 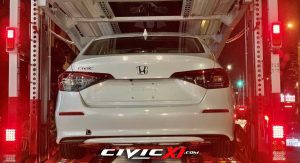 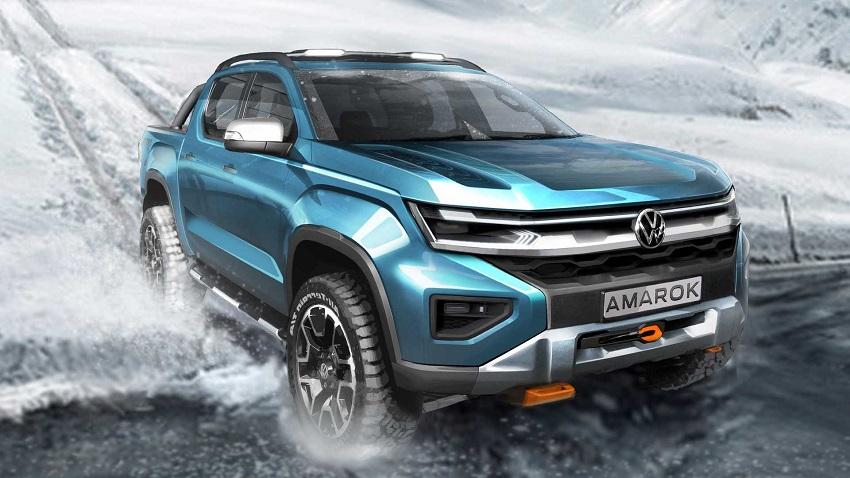 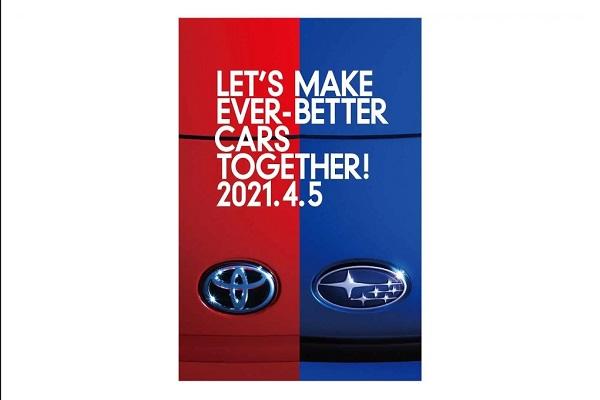