Canadian billionaire Lawrence Stroll and the rest of the owners of the Aston Martin Formula 1 team have purchased a piece of land near the Silverstone Grand Prix Circuit where the outfit plans to build a new factory.

The multi-million-pound land deal was completed recently, according to the UK’s Business Live. The land was sold to the Aston Martin F1 Team by farmer and landowner Steve Tustian.

“We are making progress,” Team Principal Otmar Szafnauer said in a statement. “We are in the design phase now and all the departments are getting their input in to make sure it’s the most efficient it can be and it’s online and on target to be opened and launched in August of 2022.”

The team’s current factory is located in Silverstone, but when he and a group of investors bought the team, Stroll said that they would invest in a new facility.

Also Read: Aston Martin’s 2021 F1 Edition Is The Most Hardcore Vantage To Date 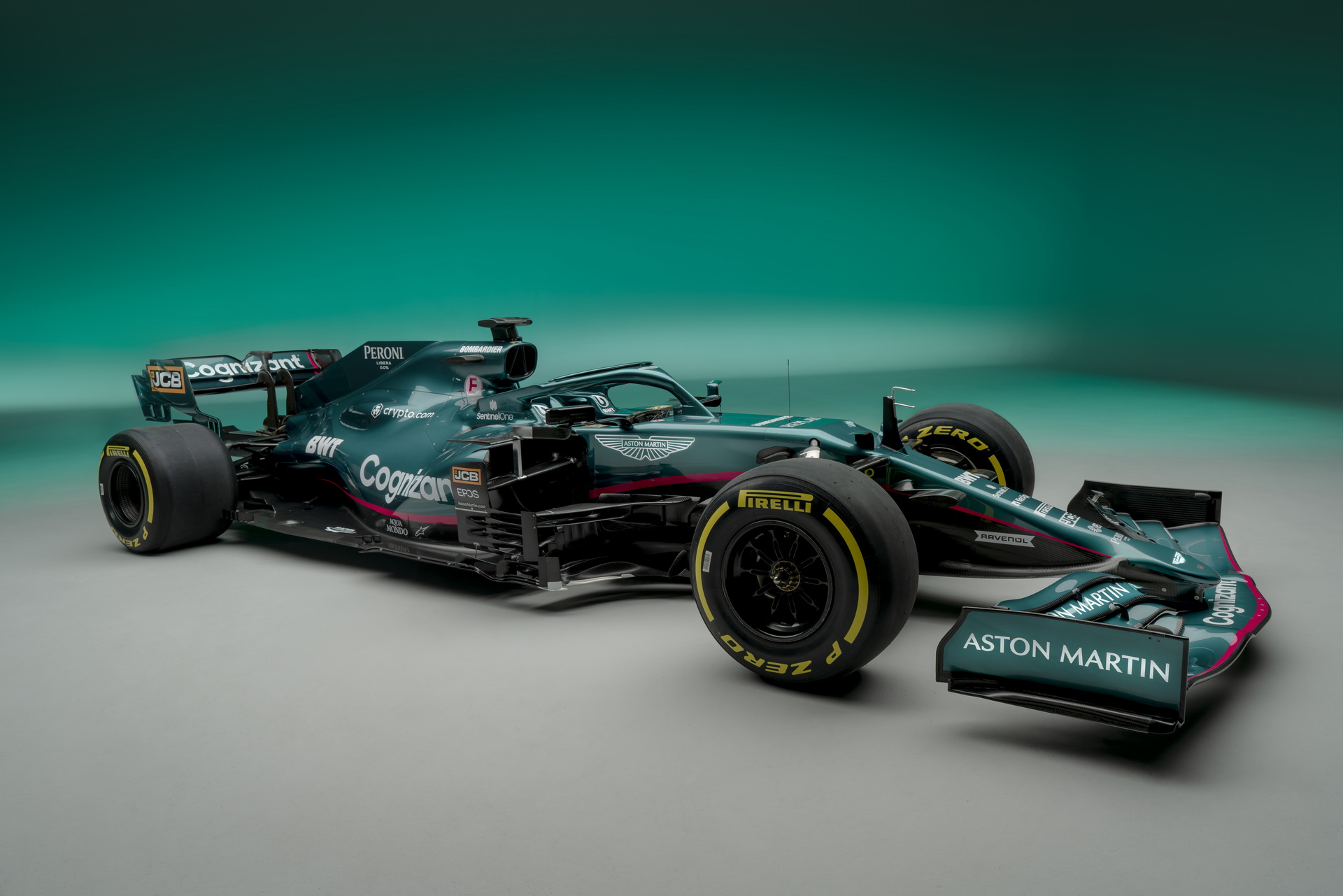 “The parcel of land now owned by the Aston Martin team is ideal for its plans to develop its base at the iconic circuit with a new state-of-the-art factory,” said Alastair Frew, head of the business property team of UK law firm Lodders.

“This is the second parcel of land Mr. Tustian has sold to a motor racing company at Silverstone – he sold the first piece of land in 1990 to Eddie Jordan, and this site is now the hub of the new Aston Martin site,” said Frew.

Indeed, Jordan, with which Michael Schumacher made his Formula 1 debut, would eventually become the Aston Martin F1 team through a long series of sales.

Long considered to be worse-funded than its immediate rivals, the team previously known as Force India and then Racing Point has built a reputation of being able to punch above its weight. The investment from Stroll promises to provide enough of a budget to further improve its performance.

The opening round of the 2021 season did not go smoothly though. Its first race as Aston Martin Formula 1 Team ended with just one point for Lance Stroll and no points for four-time world champion Sebastian Vettel who finished in 15th place.

Still, with new technical regulations set to enter the sport next year, many teams are biding their time with the intention of improving their lot next year.

Bentley Mulliner is showing off their latest bespoke creation, a tailor-made, green-themed Bentayga Hybrid commissioned for a customer in China that will go on display at the Shanghai Motor Show this April.

The exterior of this Bentayga Hybrid is finished in a dark emerald hue called Viridian that was originally created for the EXP 10 Speed 6 concept. The special paint contains flakes of amber and gold while Mulliner tells us that the green color represents “purity, regeneration, hope, harmony, and growth” in Chinese culture.

In addition, there’s a set of 22-inch bright-machined Mulliner Driving Specification alloy wheels which have the center pockets of each spoke painted in matching Viridian. 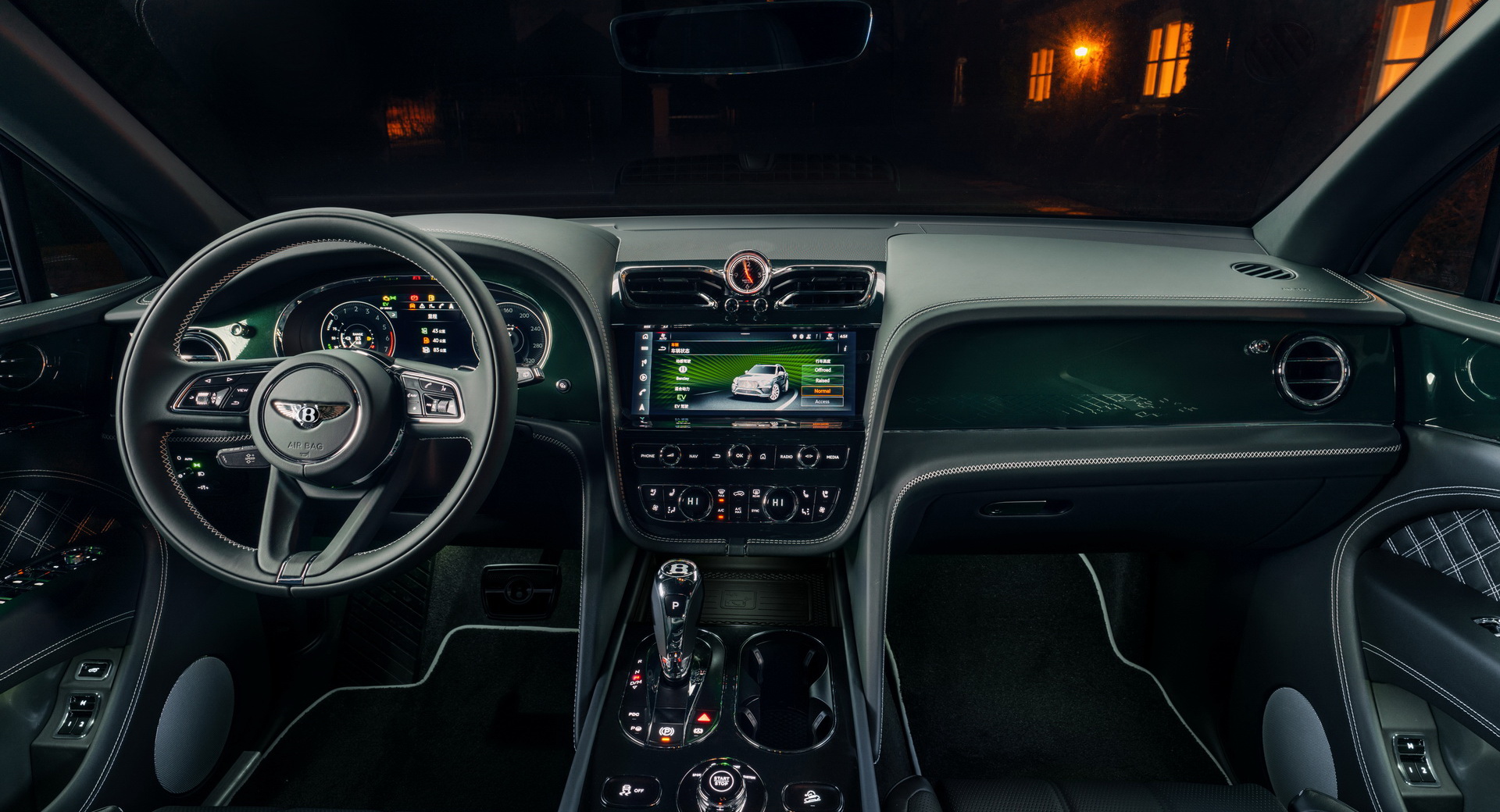 Moving on to the interior, the same theme continues with the Cumbrian Green leather upholstery, matching piano veneer, and over 100 meters of contrasting bright white cross-stitching found everywhere, from the door cards, seatbacks, and even in the piano Cumbrian Green veneer via a unique overlay. The process of hand cross-stitching the interior of a Bentayga takes no less than 44 hours to complete. 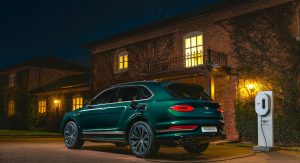 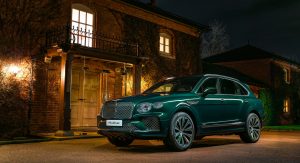 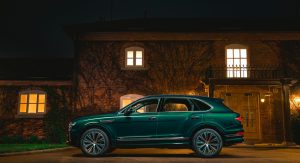 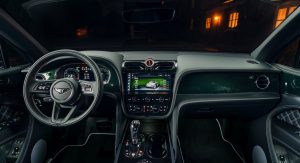 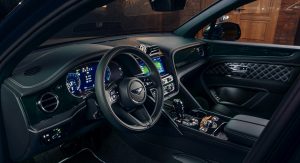 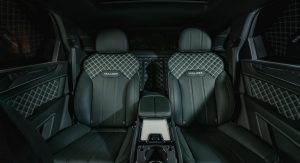 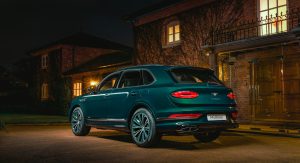 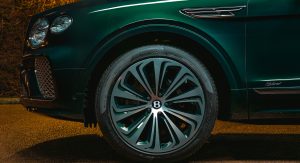 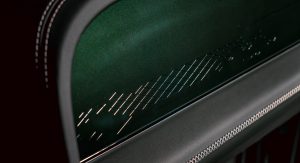 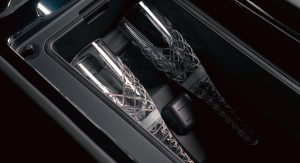 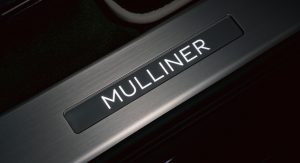 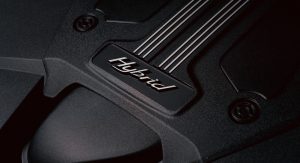 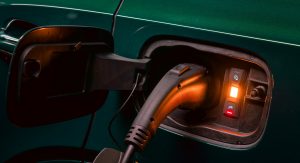 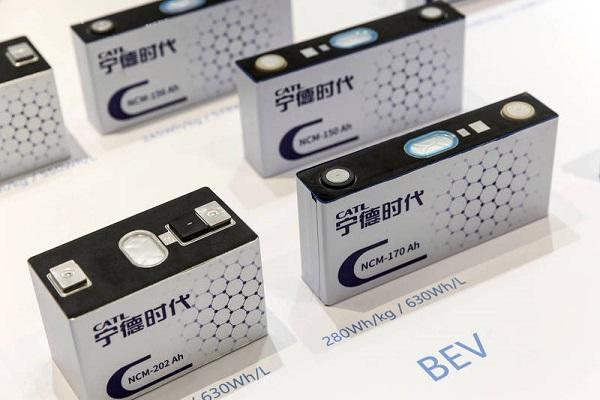 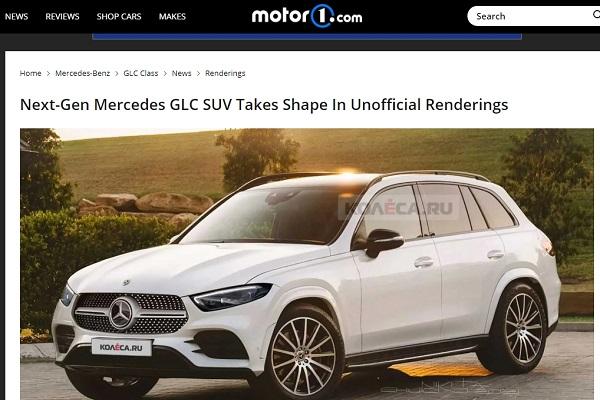