BMW has issued a recall in the United States about the M2 and M4 Coupe.

Mind you, only 21 units of both models are affected, namely one M4 and 20 M2s, and the reason is an error on the assembly line that saw the fuel injectors being installed without a damping component.

The latter is used to reduce vibration, and without it, the connection between the fuel line and fuel rail could be damaged over time. This might lead to a fuel leak, which, in the presence of an ignition source, would increase the risk of a fire, although BMW is not aware of any accidents or injuries related to this problem.

Watch Also: Chris Harris On The New BMW M3 And M4 – And, Of Course, Those Grilles 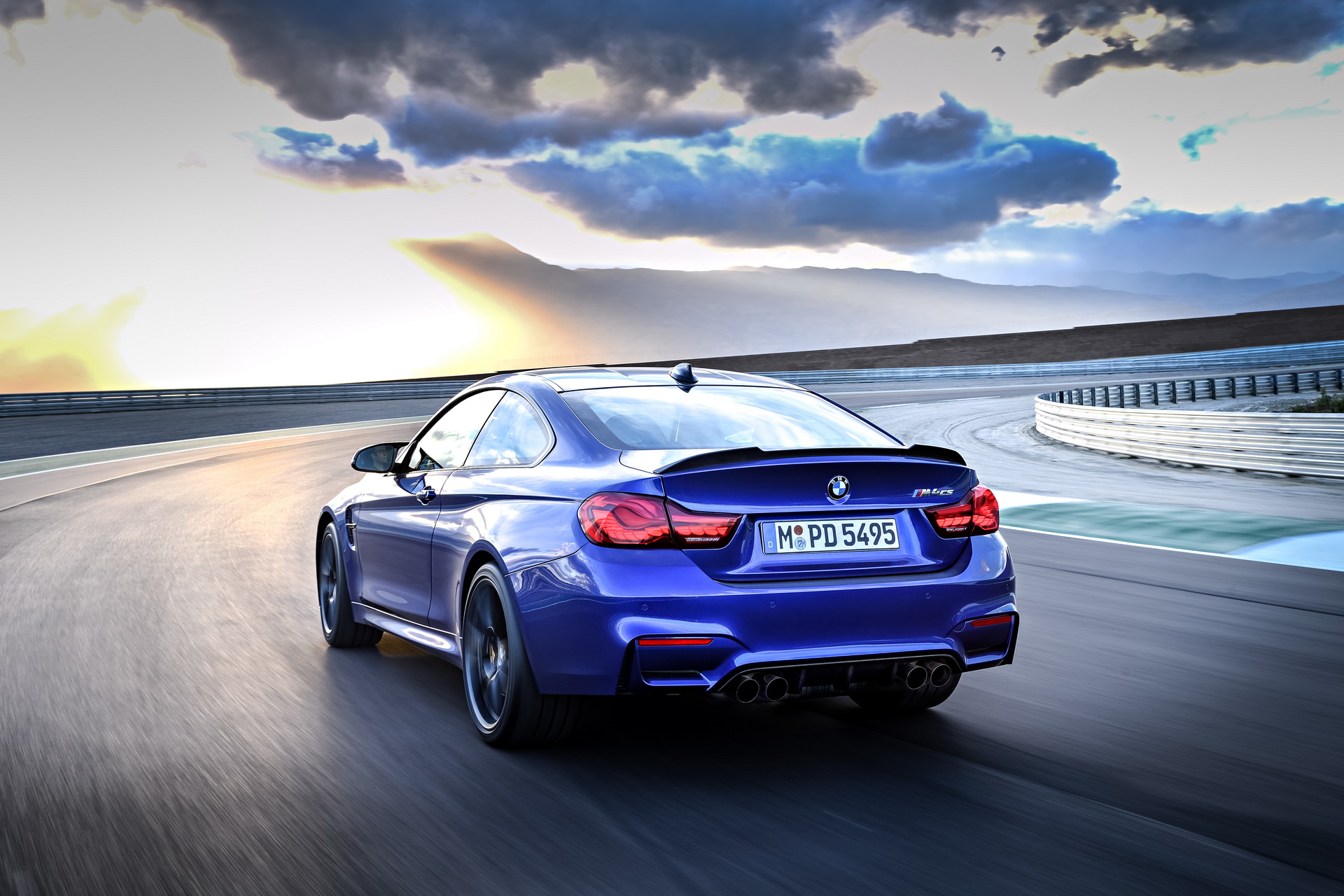 According to the NHTSA, the issue was discovered on October 15 by a worker during the engine assembly process. A review was initiated, and after further evaluations, they decided to announce a voluntary safety recall one week later.

The only M4 Coupe included in this safety recall was made on March 17, 2020, while the M2s were put together between June 23 and October 14 this year.

The recall is expected to begin on December 21; dealers were informed at the end of October and owners will be notified via first class mail. Subsequent to that date, the company’s authorized technicians will inspect each car, and if the damping component is missing, then the injectors and fuel rail will be replaced. All work will be carried out free of charge. 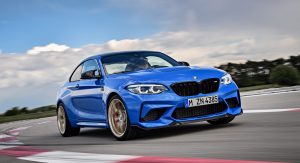 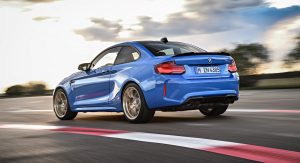 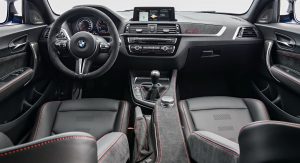 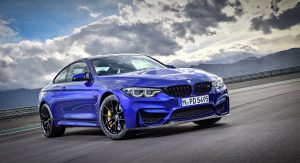 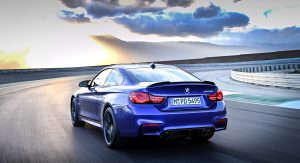 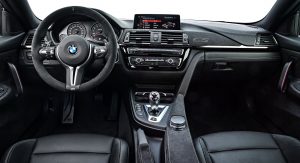 The Mercedes-Benz R-Class wasn’t a hit with buyers (to put it mildly), so it’s no surprise that it wasn’t replaced when it was phased out. However, a new report has revealed that it could effectively be “reborn” as an all-electric SUV.

It is claimed that the GLR, as it is known, is a product left behind by AMG boss Tobias Moers before he left to become Aston Martin‘s CEO. The name remains unconfirmed, and since this is reportedly going to be all-electric could very well be changed to EQR for production. Names aside, this SUV is shaping up to be something very special.

As per a report from Car Magazine, the Mercedes-AMG GLR will utilizes a 105 kWh battery pack that uses graphene-based metal-free, liquid-cooled round cells and is designed for 350 kW fast-charging. The SUV will be powered by a trio of electric motors that combine to produce 1,006 hp and 996 lb-ft (1,350 Nm) of torque.

It is claimed that the front axle will use a single-speed direct-drive system, while the rear will support a two-speed transmission, similar to the one used in the Porsche Taycan. At this early stage, no more details are known.

Whereas many automakers are venturing into the world of electric vehicles with record-breaking hypercars, there aren’t quite as many looking to release SUVs with supercar levels of performance. A potential rival to the rumored Mercedes-AMG GLR/EQR would be a production version of the Pininfarina Pura Vision SUV that may also pump out around 1,000 hp. 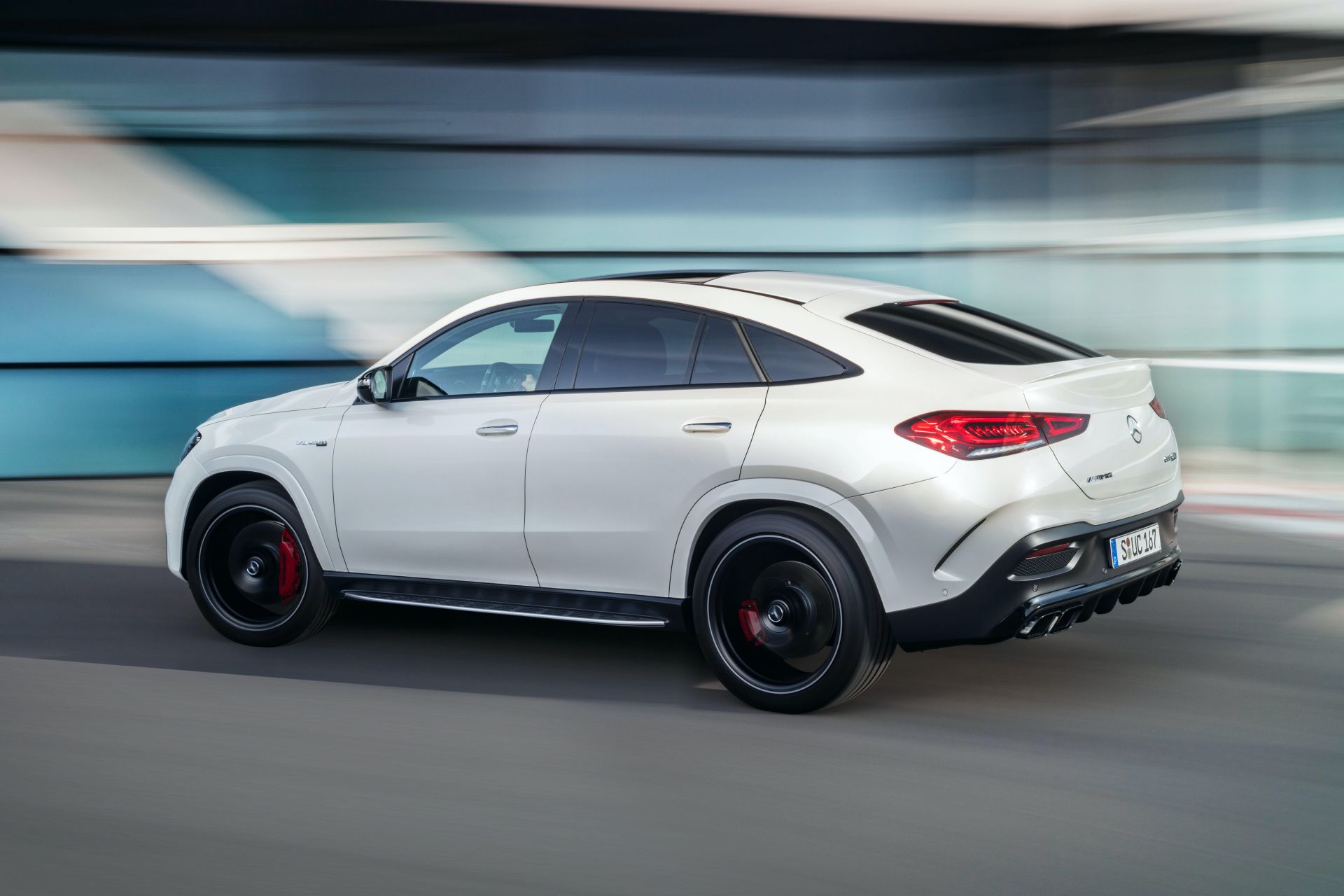 An extraordinarily rare 1986 Ford RS200 Evolution is currently up for sale and perfect for anyone who is a fan of the iconic Group B rally era.

Ford unveiled the car in 1984 to meet FIA Group B racing homologation requirements. Just 146 examples were produced for the road, and of them, a mere 24 are the hugely-desirable Evolution variant. This one is chassis 106 and, according to Canepa, could be the finest example ever produced.

Chassis 106 was custom-tailored to its first owner and painted white with a fully-trimmed interior that includes a suede-wrapped MOMO steering wheel. As if that wasn’t enough, this car’s 2.1-liter turbocharged engine develops approximately 600 hp, roughly 100 hp more than a standard Evolution thanks to a ported Mk II head, larger turbocharger, IMSA-spec intercooler, cockpit adjustable boost dial, and a 4-inch rally exhaust system. 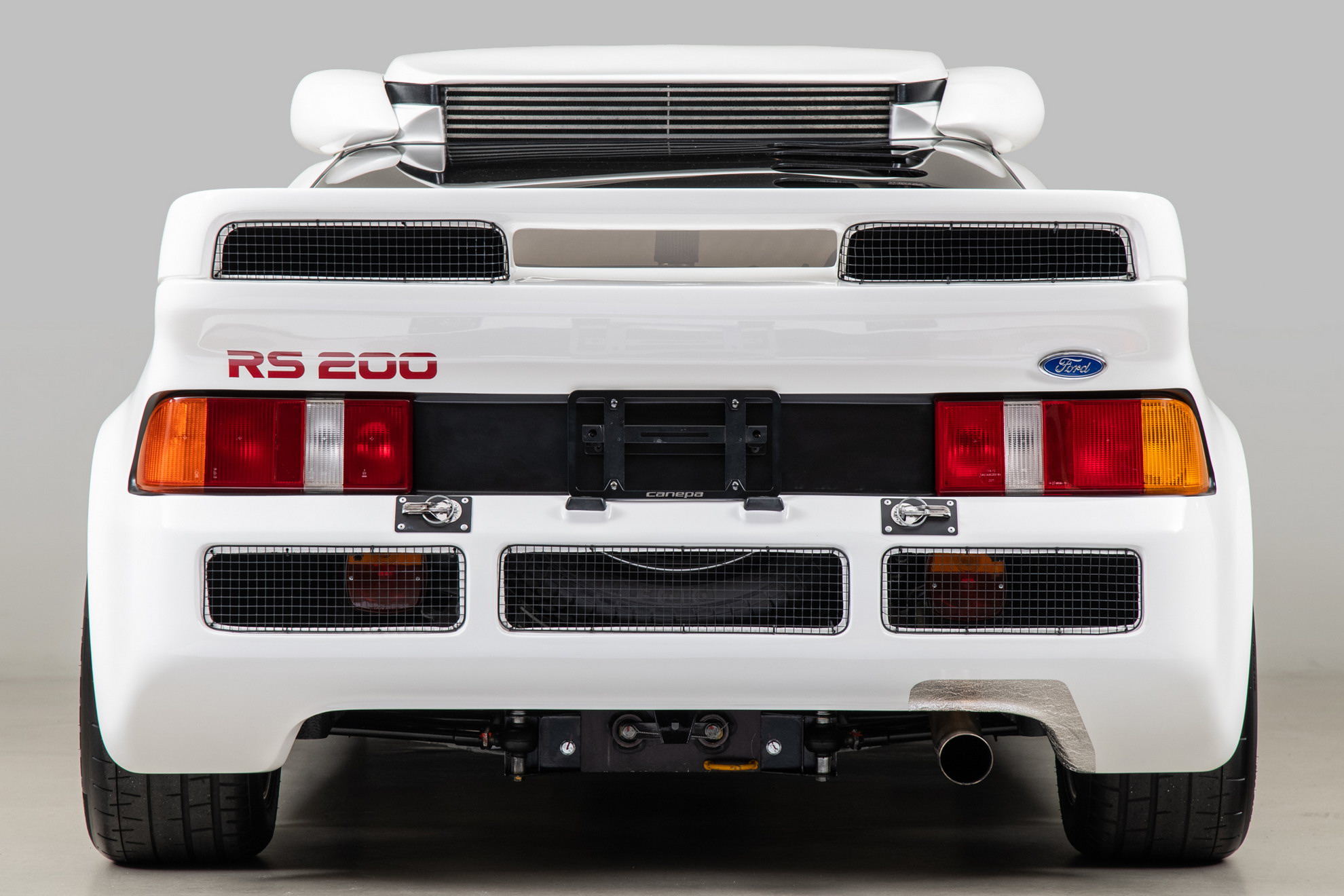 Despite the upgrades Ford made at the factory, the original owner wanted more performance and sent the engine to Brian Hart Limited in the UK for further tuning. With a new ECU and some other modifications, output was lifted to 704 hp at 8,000 rpm and 535 lb-ft (725 Nm) of torque at 5,550 rpm.

The original owner sold the car in 2003 and it has since been restored with the cosmetics given a fresh new finish and the chassis and mechanical components being meticulously overhauled. Later on during the car’s life, Canepa worked extensively on improving its streetability, as well as the engine, so it now delivers 615 hp and 510 lb-ft (691 Nm) but has a better power and torque curve. 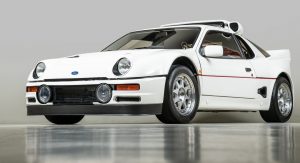 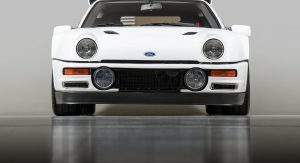 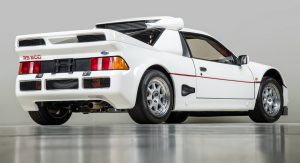 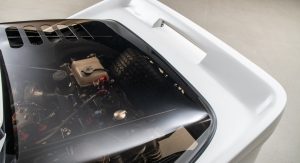 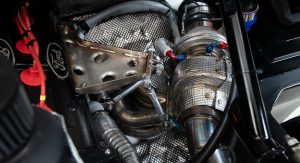 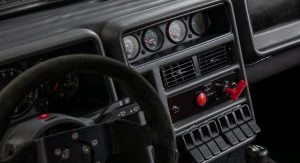 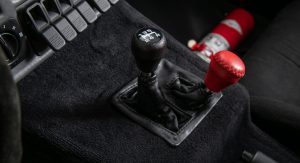 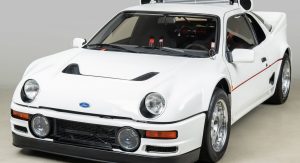 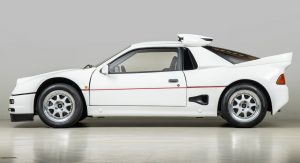 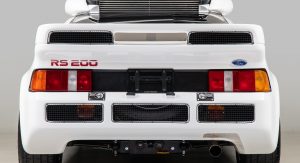 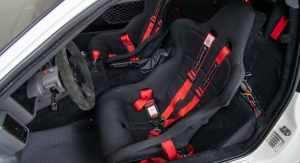 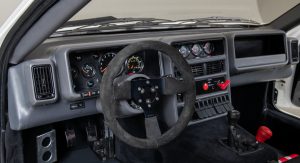 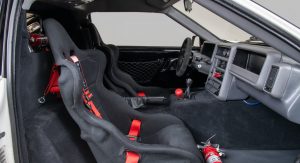 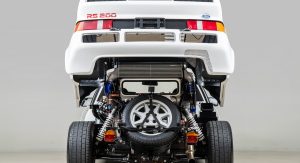 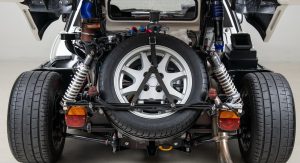 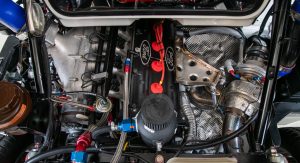 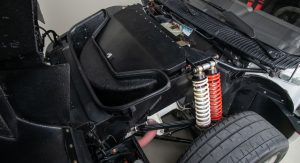 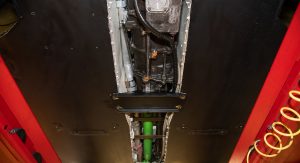 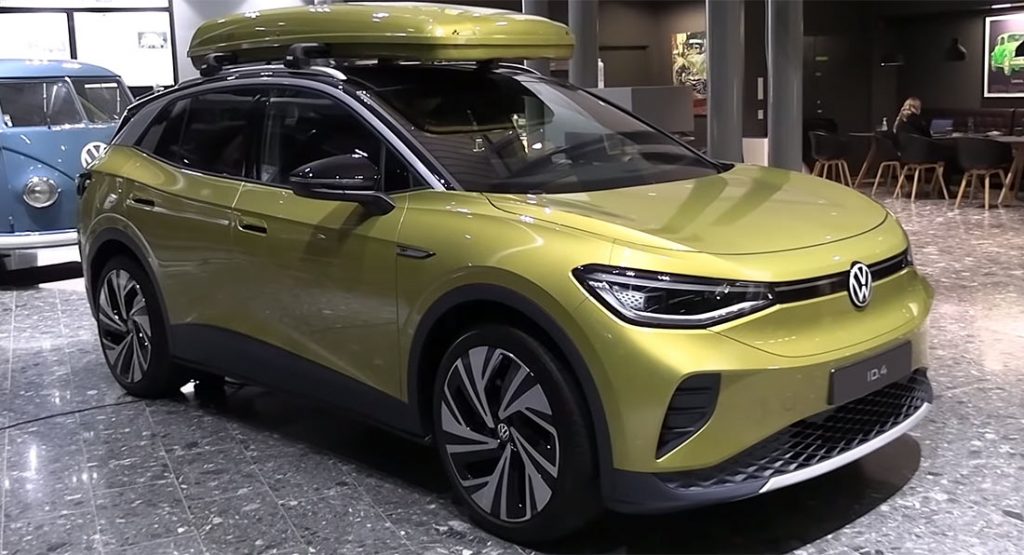 Get Up Close And Personal With The 2022 Volkswagen ID.4 Electric SUV
Watch A VW Golf Slam Head On Into A Scania Electric Truck For The Sake Of Safety 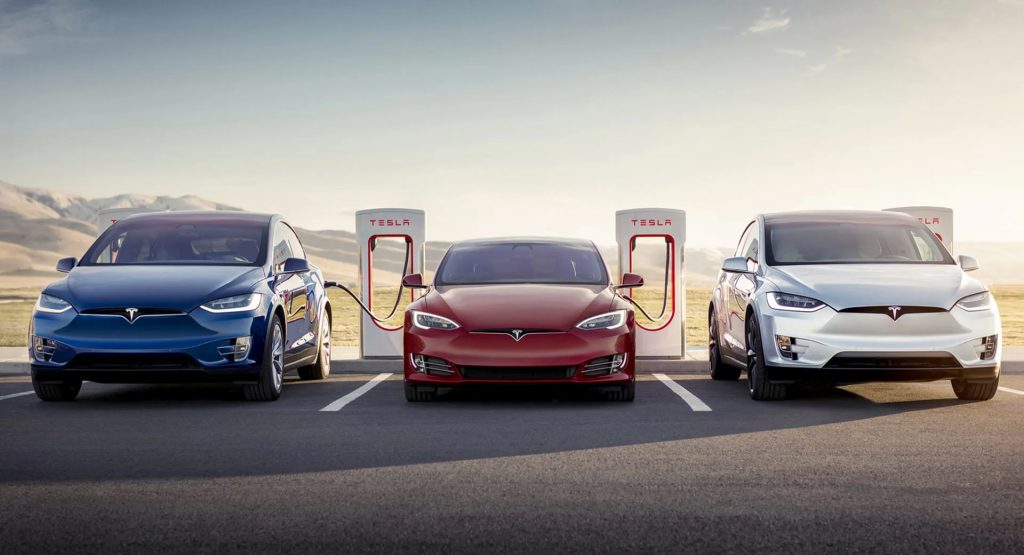